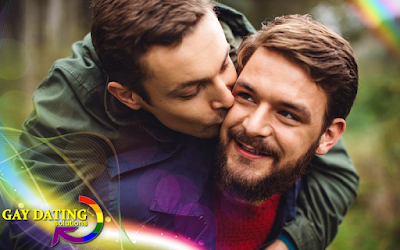 Fairy-tale love is hard to find. Here are some tips to fall in love with your significant other again and again.

Don’t underestimate the importance of trust and honesty.

Different people have different areas of concern, but almost everyone values trust and honesty from their partner above all. Why? Because your partner is the one person you want to be able to depend upon in the long-term, without question or doubt.
Little things where your significant other hasn’t been completely honest shouldn’t be blown out of proportion, because virtually everybody tells little white lies (especially when one is dating). Focus instead on the big things, like if they say they’re a lawyer and you discover they’ve never even passed the bar.


Do something great for someone your partner loves.


Do something special on a regular basis.

Call him every day just to touch base for a few minutes. Make his favorite meal once a week. Once he begins to expect these things, you will always be close to his awareness.

Take care of yourself.

Focusing on your partner doesn’t mean neglecting your own needs. People in long-term relationships tended to stay fit and well-groomed, recognizing the importance of well-being for both themselves and their relationship.

Be willing to change.

As time goes on, situations shift. Successful couples are willing to adapt when obstacles, both small and large, come their way.

Debt is the number one cause of failed relationships. Learn to separate your needs from your wants. Discuss and agree upon how your money will be budgeted and allocated. Hiding purchases or hoarding money destroys trust. Honesty creates transparency. Practice gratitude and appreciation, together, for what you have today.

Sometimes when we enter into a long-term relationship, we put ourselves second, behind the other person’s needs and desires. And that’s fine, but you need to be realistic first with yourself about whether such things really matter to you or not. If they do, you need to find a way to communicate such needs with your partner, and compromise where possible.
Two people will rarely have exactly the same wants and desires out of life — that’s just a fantasy. Instead, expect that sometimes your two paths will diverge. Express your needs at those crucial moments, but always find a way to do so respectfully and with an open mind.

In order to have productive arguments, keep these rules in mind: Don’t call your partner names. When things get really tough, take a break from the argument. Let the other person finish his sentences. Don’t initiate a discussion when you’re angry.


Talk about your sex life.

Unless you’re one of those self-conscious couples who schedule in regular joyless sex sessions solely to keep the numbers up, you’re going to end up having less sex than you did when you started. It’s an inevitability, but it’s not necessarily an issue: if the sex is still good, there’s a bit of variation going on, and everyone’s still regularly climaxing, then there’s surely nothing wrong with slowing things down a bit.

Equally, if the sex starts to get a little stale, here’s a quick fix: talk about it. Say, “I want to do weirder shit,” or, “I want you to press my anus with your thumb a bit.” By the time your sex is becoming tiresome, you’ll most likely have been together long enough that you should be able to talk openly and honestly about whatever’s on your mind.