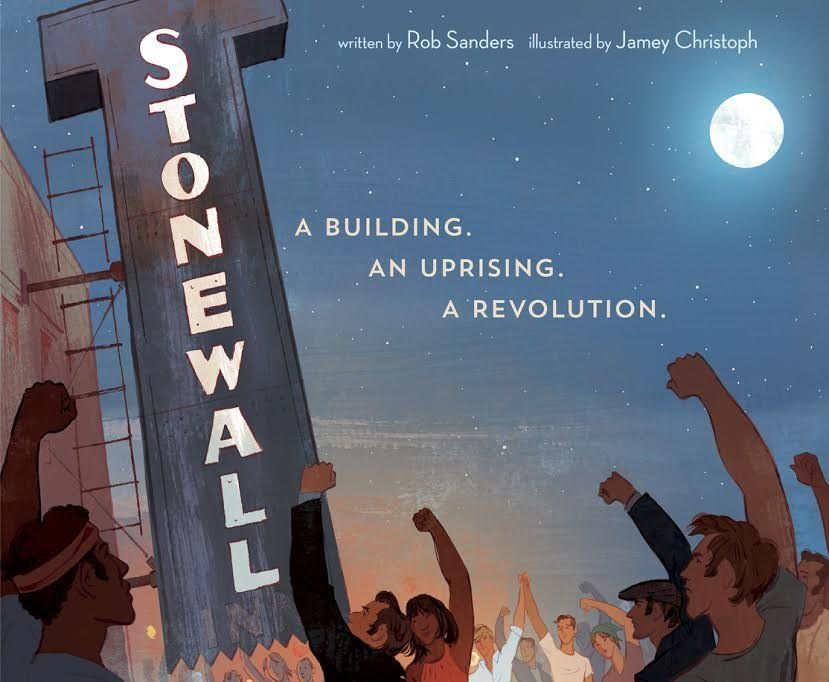 Rob Sanders’ latest will be released in time for the uprising’s 50th anniversary.

Author Rob Sanders will commemorate the 50th anniversary of the Stonewall uprising next spring with a new picture book for young readers.

HuffPost got an exclusive first look at Stonewall: A Building. An Uprising. A Revolution., which hits retailers in April 2019. Featuring full-color illustrations by Jamey Christoph, the book captures the historic events of June 28, 1969, when the LGBTQ patrons of New York’s Stonewall Inn fought back against a police raid. At the time, such raids on LGBTQ establishments were common given that homosexuality was illegal in the United States.

Sanders took a unique approach with his book’s narrative, telling the Stonewall story from the perspective of the inn itself. He said he first got the idea for Stonewall: A Building. An Uprising. A Revolution. in 2016, when former President Barack Obama designated the inn and its environs in Manhattan’s West Village neighborhood as the country’s first national monument to LGBTQ rights.

“I was 10 years old when the Stonewall uprising occurred,” the Florida-based author told HuffPost. “Men and women hundreds of miles away from my home in Springfield, Missouri, were standing up and fighting for my rights — fighting to allow me to be who I wouldn’t know I was for years to come.”

And Sanders, whose other titles include Outer Space Bedtime Race and Cowboy Christmas and who also teaches elementary school, previously broke down the concept of LGBTQ rights for a young audience. His latest book, Pride: The Story of Harvey Milk and the Rainbow Flag, was a colorful re-telling of the rainbow pride flag’s history. Released this spring, it featured the flag’s designer, Gilbert Baker, and Harvey Milk, who became the first openly gay man elected to public office in California in 1977, as principal characters.

Still, the announcement of Sanders’ book comes at a time when queer representation in children’s literature and entertainment continues to stir controversy. Earlier this week, former “Sesame Street” screenwriter Mark Saltzman said he’d written storylines for the characters of Bert and Ernie that were based on his real-life relationship with longtime partner Arnold “Arnie” Glassman. He went on to note that he viewed Bert and Ernie ― long speculated to be gay ― as a “loving couple.” (“Sesame Street” issued a statement Tuesday clarifying that the characters were “best friends” and, as puppets, “do not have a sexual orientation.”)

In February, Iowa’s Orange City Public Library made headlines when more than 300 locals signed a petition to ban books with LGBTQ themes for young readers, including Gayle E. Pitman’s This Day In June and David Levithan’s Two Boys Kissing. In the end, library officials opted to re-categorize books by subject matter instead.

With that in mind, Sanders is wary of how Stonewall: A Building. An Uprising. A Revolution. will be received. His concerns have little to do with critical reception or sales, but rather that parents “might deny their children the opportunity to grow in awareness and acceptance of others — or maybe even awareness and acceptance of themselves,” he said.

As to the book’s message for its readers, he added, “I want readers — children, teenagers and others — to take away the understanding that each of us has to stand up for ourselves and our rights, and that our efforts are stronger when we combine our energy and passion.”

Stonewall: A Building. An Uprising. A Revolution. will be released April 23, 2019.