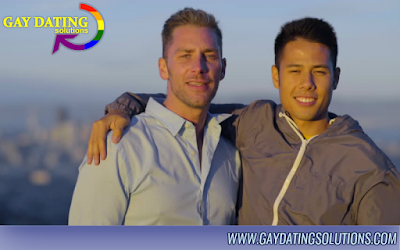 It will take determination, optimism, and effort to turn the temporary long-distance relationships into a permanent long-term love story. Here’s how.

Set some ground rules to manage your expectations.

Both of you need to be clear with what you expect of with each other during this long distance relationship. Set some ground rules so that none of you will do things that will take the other party by surprise. For instance, are you two exclusive? Is it alright for the other person to go on dates? What is your commitment level? It’s better to be open with each other about all these things.

It is unwise to be overly “sticky” and possessive. You two don’t really have to communicate 12 hours a day to keep the relationship going. Many gay couples thought that they need to compensate for the distance by doing more. This is not true. And it might only make things worse. Soon you would get tired of “loving.” Remember: Less is more. It is not about spamming — you are only going to exhaust yourselves. It’s really about teasing at the right moments and tugging at the right spots.

Be ready to work twice as hard as you did before.

Seeing each other is key, so regular visits are a necessity. But, be sure to stay at each other’s homes instead of just taking vacation weekends together. Vacations are great, but they don’t give us any insight into our partner’s daily life. Intimacy develops from a deep sense of familiarity with your partner — this familiarity starts at home.

Texting is not enough to keep a long-distance relationship going. To maintain a strong relationship, you need to talk on the phone, but preferably something like Skype, as often as you can!

When you make the choice to pursue the relationship long-distance, decide how long you’d be able to live apart. Envision your future living together, and create a plan to get there. Take measurable steps along the way and stick to the plan.


Talk dirty with each other.

Sexual tension is undoubtedly one of the most important things between couples. Sexual desire is like a glue that keeps both parties from drifting apart. Not only is sex a biological need, it is an emotional one as well. Keep the flames burning by sending each other teasing texts filled with sexual innuendos and provocative descriptions. Sexy puns work pretty well too.

Instead of focusing on how much you want to share every moment with your partner, appreciate the personal time you have while the two of you are apart. Do the things that make you happy, and tell your partner about them. The happier and more comfortable you are as a person, the better you’ll be able to communicate with your partner, and the more intimate your relationship will be.

Celebrate everything, even if you can’t be together in person. Life is too short not to and that’s especially true when you’re in a long-distance relationship.

There’s so much pressure with visits when it comes to long-distance relationships. Do you hang out with your partner and friends in a social setting or stay home to have one-on-one time? Does your family want to spend time with your partner? Does one of you need to work or study during the visit? Is there a big conversation hovering like an elephant in the room and do you have that talk face to face, when you have limited time together, or over the phone later? Some trips will be full of great memories and carefree times, and some will be full of fighting over big or small issues and that’s OK! ‘Real’ relationships are full of ups and downs and long-distance relationships are no exception.
Have you found the right one, or are you still searching?