And people are not happy

Fox News executive vice president John Moody has slammed the US Olympics team for being ‘darker, gayer, different’.
The executive editor at the conservative news channel has slammed the organizing committee for making the team more diverse.
Reactions have slammed Moody for racism and homophobia.

Publishing an op-ed on Fox News, he blasted Team USA for making the Olympics less about ‘faster, higher, stronger’ and more about ‘darker, gayer, different’.
He began the column by quoting a USOC official who was proud this was the most diverse US team in Winter Olympics history.
He wrote the official went through an ’embarrassing laundry list of how many African-Americans, Asians and openly gay athletes are on this year’s US team’.
Moody added: ‘No sport that we are aware of awards points – or medals – for skin color or sexual orientation.
He continued to argue athletes were being picked for ‘PR reasons’ rather than merit.
This in despite that freestyle skier Gus Kenworthy, for example, won silver at the Sochi Olympic Games four years ago.
‘Unless it’s changed overnight, the motto of the Olympics, since 1894, has been “Faster, Higher, Stronger”,’ he wrote.
‘It appears the US Olympic Committee would like to change that to ‘Darker, Gayer, Different.’
‘If your goal is to win medals, that won’t work.’

People on Twitter have slammed Moody’s column.
Read more at: Gay Star News.
Have you found the right one, or are you still searching? 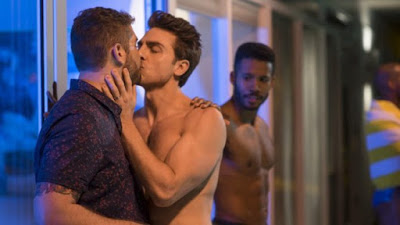 Josh Feldman is a queer actor, writer, and producer from Los Angeles. He also happens to be deaf. His new series This Close follows two deaf friends as they navigate through their late 20s and early 30s. Feldman created the dramedy with his BFF Shoshanah Stern, who is also deaf.…