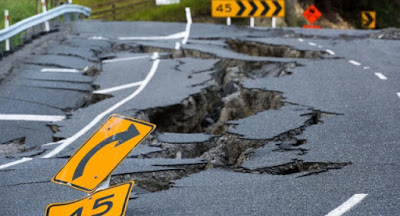 LGBT people are often unfairly blamed for a lot of the world’s events, but some of these are slightly more ‘out there’ than most.
PinkNews brings you a list of 13 of the most unbelievable things that LGBT people have been blamed for over the years.

The host of a US radio programme claimed that LGBT inclusive education programs were to blame for a decline in grade averages.

In 2013, Sandy Rios of the American Family Association read an email on air that said the skills of reading and writing were being “pushed aside in favour of teaching moral choices and left-wing agenda” and that schools.

Rios continued to say that rather than teaching maths and science, schools were: “teaching radical environmentalism or homosexuality… that’s the reason our test scores are so shockingly low compared with the world.”

Every time there’s a natural disaster, someone eventually comes out of the woodwork to blame LGBT people, as if homophobes are all amateur meteorologists.
In 2016, a New Zealand pastor blamed homosexuality for a spate of earthquakes that had tormented the country.

During a sermon, Brian Tamaki said that the earth “convulses under the weight of certain human sin.” He later referenced a series of earthquakes, including the 2011 Christchurch earthquake that killed 185 people.

Tamaki said: “You could have just about predicted that one…There were churches there that weren’t churches. They were actively involved in homosexual practice, homosexual priests.”
An Italian priest made similar claims last year, claiming the multiple earthquakes that hit Italy were God’s reaction to the newly instated marriage equality laws.

Fox News ‘psychiatrist’ Keith Ablow blamed transgender people for the existence of a white woman who pretended to be black, saying that there was little difference between being transgender and the case of Rachel Dolezal.

The family of Ms Dolezal revealed that she is actually white, despite claiming to be black and working as an African Studies professor.

Although he said not to judge those in a “transgender position,” Ablow claimed that there was no discernable difference when people “decide that a genetic reality is not a reality.”
Ms Dolezal has made similar comparisons, stating her upset that people have accepted Caitlyn Jenner as trans but still refuse to accept her.

Early in 2017, right wing commentators blamed transgender people for a dam breach and flood in California.

Breitbart writer Katy Grimes was one of the most vocal critics, blaming “transgender bathrooms” and “sex change operations” for the flood.

Writing in his local paper, David Silvester wrote: “One recent [flood] caused the worst flooding for 60 years. The Christmas floods were the worst for 127 years.

A leading but highly controversial Italian academic resigned after he blamed the fall of the Roman empire on homosexuality.

Professor Roberto De Mattei made the comments in 2011 when he said: ”The collapse of the Roman Empire and the arrival of the Barbarians was due to the spread of homosexuality.

“The Roman colony of Carthage was a paradise for homosexuals … the abnormal presence of a few deviants infected many others.”

Due to the backlash from this statement, Professor De Mattei resigned from his position as the Vice-President of the National Research Council of Italy.

Previous Post: I told my best friend I loved him – now he’s frozen me out Next Post: Tonight’s Room 104 Takes on Mormon Missionaries and Sexual Repression