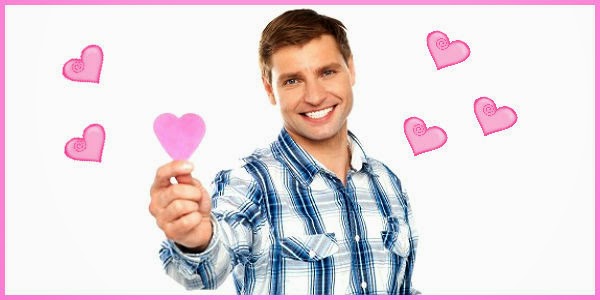 Here we are again. Valentine’s Day is right around the corner and you might be asking yourself why you are spending another Valentine’s Day alone.
You tell yourself  it’s not a big deal and it’s just a normal day like any other, but a slight feeling of awkwardness starts to creep over you when people ask you how you are going to celebrate.
You might even feel a bit envious watching your coupled friends make plans to woo their special someone for the occasion.
Eventually it starts to eat away at you and you can’t help but to wonder: Why am I still single?
As a matchmaker, I have the pleasure of witnessing new gay couples form on a daily basis, so when I say YOU too can date and find a relationship that is perfect for you, I believe it with all of my heart.
If you are reading this, I can be 100 percent honest and say I can’t tell you why YOU are finding yourself single this Valentine’s Day without knowing your situation.
I can tell you that throughout my career, I have identified certain qualities or disciplines that usually separate the “happily single” versus the “desperately dating.”
Here are my top five.
1. It’s not really that important to you.
There is nothing wrong with being single. I hear guys complain about it, but they never really do anything to fix it.
This leads me to believe it’s not really a priority for them because if it was, they would be taking the necessary steps in order to get out and date.
It has been my experience singles who are serious and successful in dating tend to take advantage of all of their resources and really get out there and meet people, so if finding a relationship is really important to you, you should commit yourself to going on at least one date per week.
You won’t succeed unless you start taking action.

“Until you start taking chances on love,
your returns are going to be limited.”

2. You’re not relationship ready.
This one is a biggie for me.
If you are unhappy with your single gay life, a relationship is not going to fix it.
Too many times I meet gay guys who live their lives in utter chaos and expect to bring someone else into the mix thinking it will make things easier.
I’m sorry, but that hardly ever works out.
Focus your efforts on enhancing your quality of life. Take care of your business and start enjoying your singleness.
Your life doesn’t stop just because you are not in a relationship, so make sure you clean up your personal messes and live life to its fullest.
This will automatically open the doors to obtaining a fulfilling relationship with yourself and someone special.
3. Not meeting enough people.
Daters who successfully find themselves in relationships often maintain a presence in several different social circles.
Why? It increases their hunting ground.
If you hang out with the same crowd and do the same things over and over again, you will never meet new and interesting people.
Venture out and start creating new contacts. Invest in a hobby and start meeting new people who enjoy doing some of the things you enjoy doing.
There will never be a dull moment and your chances of meeting “Mr. Right” will automatically increase.
4. Too many deal-breakers.
Everyone has deal-breakers, but when your deal-breakers start to read like a shopping list, you may need to revisit the drawing board.
This is a form of self-sabotage.
You should only have three to five absolute deal-breakers. Anything more than that and you start to drastically decrease your opportunities to date quality men.
It’s OK to have standards and be picky with who you chose to invest your time in, but put yourself in check and make sure you are not being unrealistic.
5. You’re afraid to take a chance.
Fear is one of the most common things that keep single gay men single, but you have to realize that until you start taking chances on love, your returns are going to be limited.
Gay men who date with the purpose of finding a relationship tend to succeed because they go for it.
They accept the idea it may not work out for them in the long run, assume the risk and don’t let it stop them from putting themselves out there and giving it their all.
How are you breaking out of the single rut this Valentine’s Day?
Have you found the right one, or are you still searching?
Join a gay dating site where you can meet single guys from any town or city. Rely instead on Gay Dating Solutions to do the work for you!
Don’t get fooled by FREE offers made by other sites. Gay Dating Solutions is offering a free 6 month promotion ABSOLUTELY no strings, request for credit card numbers, etc…it is the only site that is truly free to join!
Sign-up now: www.gaydatingsolutions.com
Like us on Facebook: www.facebook.com/GayDating101
Tweet us: twitter.com/GayDating101