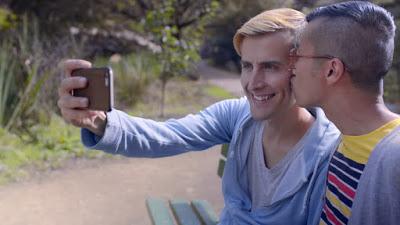 Once gay couples have settled into a relationship, things can fall into a bit of a rut. Routines form, the attentiveness that was present at the beginning of the courtship might be replaced by content complacency, and ultimately tensions arise. These simple gay relationship tips may seem like common sense, but you may be surprised at how often people forget about their importance.

Some people lie to their partners for years out of fear of hurting or offending them, but that can lead to a whole lot of ugliness on all sides. The one being lied to will know that something is wrong, and the one lying may feel more and more frustration about holding back and the relationship may end up suffering badly as a result. This honesty doesn’t have to deal with outright lies, but rather personal interests or preferences that may have changed over the years. Alternately, there could be some serious issues that really should be dealt with, but are internalized out of fear of hurting the other person. Ultimately, honesty really is the best policy, and a strong gay couple will be able to work through just about anything together.

Very few of us are able to read one another’s minds, so it’s important to express things that weigh on us, whether they’re positive or negative. Little behaviors that bother us can become more irksome over time, so it’s good to address them early, before the irritation accumulates to the point of anger. Similarly, miscommunications can lead to some pretty ugly arguments, so if you’re uncertain about something, try to discuss it calmly so you can sort things out: you may have misheard or misread something your partner said/did and taken it totally out of context, so clarify before freaking out about anything. Even though we may feel that we know our partners well after being with them for several years, remember that we all grow and change over time, and methods of communication must change along with us as needed.

3. Never Take Each Other for Granted

Be aware of every wonderful thing that your partner does for you, and express your gratitude whenever possible. This might be as simple as thanking them for doing the dishes after you’ve eaten dinner, or telling them how much it means to you that they make your coffee/tea exactly the way you like it. They’ll feel appreciated for the love and kindness they show you, and will express their appreciation to you in turn, so no one ever feels like their actions aren’t being acknowledged.

Togetherness is important, but just as important (if not more so) is the ability to spend time alone. Too much time spent together can make you irritable, especially if you feel like your personal space is always being invaded. Time alone is necessary for personal reflection, growth, meditation, or even just quiet contemplation. Remember that absence makes the heart grow fonder, and you’ll appreciate your partner a lot more after having some space away from them. If you live together, it might be a good idea to have personal spaces that you can retreat to: either individual offices, or a garage workshop for one person and an attic library for another, etc.

It’s inevitable that once certain comfort levels have been reached and closeness wins out over early awkwardness, some behavioral patterns will change. You might not spend an hour prepping before dinner to make sure that you look and smell good, or your boyfriend might wear the same pants for two days in a row without worrying about what you might think of their outfit. That’s totally normal, and really quite hilarious. That said, closer comfort levels don’t mean that you should neglect your personal hygiene, or let your living space fall into complete ruin. You know they’re not going to judge you if you leave pizza boxes all over the floor, but that doesn’t mean that you should. Try to keep things tidy and your appearance a step or two above “slovenly,” and your partner will undoubtedly feel that they’re worth making an effort for.

6. Admit When You’re Wrong (or When They’re Right)

This may be difficult for some people to do, but it really is important. If you discover that you’ve been wrong about an issue/bit of information/whatnot, own up to it: you’ll gain your partner’s appreciation and respect if you do, and if you don’t, you’re just proving yourself to be an immature, pouty jerk. Additionally, if you’ve been discussing something and your partner turns out to be in the right, acknowledge that fact: they may have been filled with self-doubt, and acknowledging their awareness or knowledge may boost their self-esteem exponentially.

7. Have Faith In Your Partner

Having trust and faith in another person can be difficult, especially if you’ve been hurt by others in the past. If you’ve been cheated on or otherwise betrayed by another man, you might worry that the same thing will happen in your current relationship, and this may cause you to imagine things or accuse your partner without just cause. If you find that your own insecurities are poisoning your partnership, talk it out with them and consider seeking therapy: they’re not the person who hurt you, so please don’t assume that just because one person treated you badly, everyone else will too.
Have you found the right one, or are you still searching?