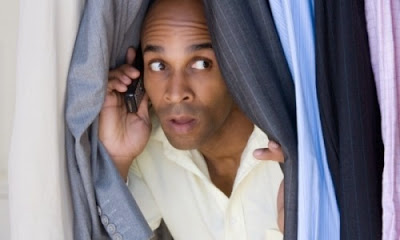 The leading medical group throws its weight behind ending the discredited practice of trying to change one’s sexual orientation or gender identity.

The American Medical Association on Tuesday voted to support state and federal efforts to ban gay conversion therapy, throwing the weight of America’s medical establishment behind ending the scientifically discredited practice of attempting to change a person’s sexual orientation or gender identity.

“It is clear to the AMA that the conversion therapy needs to end in the United States given the risk of deliberate harm to LGBTQ people,” AMA board mMember Dr. William E. Kobler said in a statement shared with NBC News. “Conversion therapy has no foundation as scientifically valid medical care and lacks credible evidence to support its efficacy or safety.”

Speaking on background, an AMA official said Tuesday’s directive means that AMA will produce model legislation banning conversion therapy that can be distributed to state-level organizations, since medical licensing happens at the state level, while simultaneously working on a federal effort.

In August, a study found that 200,000 transgender people in the United States have been exposed to conversion therapy at some point in their lives. A September study of 27,000 transgender people found that those who were exposed to these efforts before the age of 10 were four times more likely to report a suicide attempt in their lifetime versus trans people who were never subjected to efforts to change their gender identity.

Currently, 18 states and the District of Columbia ban conversion therapy for minors, according to the Movement Advancement Project, a think tank focused on LGBTQ issues. And recently, New York City hurried to repeal its conversion therapy ban because it prohibited the practice for minors and adults — who, as discredited as the practice is, may be entitled under free speech protections to pursue the therapy for themselves.

“Historically, medical professionals have contributed to the stigmatization of LGBTQ individuals, so the AMA’s active involvement in LGBTQ health advocacy is incredibly important,” Dr. Alexis Chavez, medical director for the nonprofit Trevor Project, said in a statement. “The AMA’s support for ending conversion therapy furthers the work that The Trevor Project is doing across the country with our 50 Bills 50 States campaign to protect LGBTQ youth from this dangerous and discredited practice.”

The AMA also endorsed the creation of electronic health records that are inclusive of LGBTQ people.

“Without this information, transgender patients and their specific health care needs cannot be identified or documented, the health disparities they experience cannot be addressed, and the provision of important health care services may not be delivered,” Kobler stated.

The AMA also endorsed a policy that encourages medical accreditation bodies “to both continue to encourage and periodically reassess education on health issues related to sexual orientation and gender identity in the basic science, clinical care and cultural competency curricula in medical school and residency programs.”

Previous Post: This is How The Trump Administration Has Been Quietly Erasing LGBT Issues Next Post: Two Men Accidentally Propose to Each Other at The Same Time in a Heartwarming Viral Video