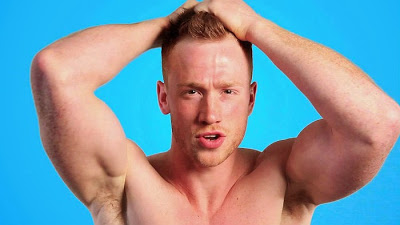 This article will shed some light on the profile of a “player”, provide some tips for the “ex-player” to promote successful dating relationships without letting his past destroy genuine opportunities, and suggest potential warning signs for the gay dater that might signal that the guy he’s seeing might actually be a “player.”

My definition of a “player” is someone who’s not really on the “up and up” in his dating interactions and intentions with others. His words are not congruent with his behavior. This type of individual tends to be manipulative and self-centered, using people to meet his own needs in a selfish way that disregards the feelings of others. He tends to be very crafty and creative in his efforts to win a person over to obtain gratification of his sought-after goal and can be insensitive to the needs and wants of the other. Once he’s gotten what he wants, he tends to taper off his contact with the person or completely disappears with no word. Sometimes he’s purely after sex; other times it’s about conquest (the thrill of the hunt, and once he’s been validated that he’s desired, he withdraws).

Why do they do this? The reasons are very individualized and varied, but more commonly it could be that they have intimacy issues and have difficulties with attachment and commitment, are narcissistic and selfish, or have control issues. Sometimes as specified earlier, it could be a self-esteem issue in that their need for validation is so strong, that once they perceive it as being obtained, they move on to the next person in an endless pursuit of “strokes” from other people that they’re “good enough” and valued. And sometimes these men are married in heterosexual marriages or are already partnered in a gay relationship with someone else and will never fully be available or have any intention of deepening a relationship with the single, yet hopeful gay dater.

Tips For “The Reformed Player”
If you have a history of being a “player” and you’re starting a new dating relationship and genuinely want to develop it further, your past could come back to haunt you if you’re not up front and honest with your new love interest. It can be a small world, and the last thing you want is to run into a scorned “ex” when you’re out on the town with your new boyfriend.I always believe that honesty is the best policy and helps set the foundation for trust and safety. It’s not something you’ll want to dump on the person immediately; as you get to know your new dating partner, you’ll be pacing the self-disclosures as the intimacy grows in your new relationship at a level that’s comfortable.

As the two of you begin discussions about your past relationships, you can use this topic as a segue toward sharing about your past tendencies. It’s important to be direct, nondefensive, and acknowledge responsibility for your behavior. Explain the mindset shift that took place for you that allowed you to become “reformed”, emphasizing the benefits you’ve experienced as a result. Transition, then, into sharing your excitement about dating this new person and the appreciations you have toward him. A discussion like this can be a great starting point for other more important talks about commitment, monogamy, and relationship expectations and visions. And then make sure that you live with integrity, ensuring that your words and actions match and that you’re truly living your new values.

Tips For The Gay Dater For Screening Out “The Player-Types”

Unless you have hardcore proof and evidence that your new dating partner is playing around on the side, you must be careful about making assumptions or interpretations of his behavior. That being said, the following are some signals to keep your antennae wired for as potential red flags that you may be dating a “player” and can indicate to you the importance of going slow as you get to know him, observing his behavior to get the most accurate picture of his character as possible, and communicating and “checking things out” with your partner during the dating and get-to-know-you process:

* he takes your phone number, but won’t give you his

* the times that he’s available to connect with you are sporadic or he doesn’t seem to make time to include you in his schedule
* the discussions that you have are very “surface-oriented”, vague, with no depth and he doesn’t reveal much personal information about his life

* he sexualizes the conversations you have

* when the two of you are out on a date, he doesn’t look at you and give you respectful eye contact, cruising the room at the other hotties present instead

* his attentiveness and dedication to you is inconsistent at best

Unknowingly dating a “player” can be a painful experience and roller-coaster ride for the gay dater seeking his Mr. Right. That’s why it’s so important to pace all your dating relationships and not invest yourself too prematurely before you’ve really had a chance to get to know the person you’re seeing to gauge for compatibility.

Make sure you always keep your non-negotiable/deal-breaker needs in the forefront of your mind and screen your dating partner for goodness-of-fit. The more experiences you share with him, the more able you will be to test consistency of his behavior and character. “Player-types” are capable of change; if this is you, you can begin to use the above information to help you begin to modify your behavior and move in the direction of more authenticity.

Love can be challenging, but oh so rewarding! Be true!

Previous Post: Gay Austin Scene ― Your Essential Guide to Everything Next Post: Things to Do: Your Guide to Portland Gay Scene