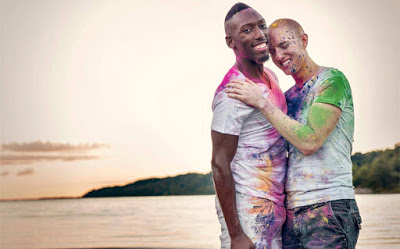 What a terribly disappointing decision.

The Bermuda Assembly has voted to re-ban same-sex marriage just six months after it was legalized in the North Atlantic British Overseas Territory.

Lawmakers have proposed a new bill where same-sex couples can enter into a domestic partnership instead.

It effectively offers the same rights as marriage between a man and a woman, but same-sex couples will not be able to perform it under the title of ‘marriage’.

“As it stands now, they [the LGBTQ community] can have the name marriage but without the benefits,” said backbench Labour Party MP Lawrence Scott, who spoke in favor of this new bill.

“But after this Bill passes, they have the benefits and just not the name marriage. The benefits are what they really want.”

Shadow Home Affairs Minister, Patricia Gordon-Pamplin, was against this new proposal, adding: “I don’t like to accept that it is OK for us to treat our sisters and brothers differently, whether fair or unfair, to treat them differently under similar circumstances.”

“We are in agreement with the Human Rights Commission (HRC) that the proposed legislation creates a ‘watered down’ version of rights, leading to a separate but equal status under the law,” they stated.

“Ultimately, no separate but equal measure allows for equality or justice.”

The country’s Supreme Court effectively legalised same-sex marriage earlier this year with a landmark ruling, after it deemed a ban on such a union a discriminatory violation of human rights.

However, after the positive response to the ruling, the Bermudan government then confirmed that it would not appeal the decision.
Bermuda, a collection of small North Atlantic islands with a population of 65,000, held a referendum on same-sex marriage last June which saw an overwhelming majority vote against changing the law.

69% voted against marriage equality, and only 31% voted in its favor, however only 46.89% of those registered on the electorate turned out to vote, which is below the 50% required to deem a question “answered”.

Read more at: Gay Times Magazine.
Have you found the right one, or are you still searching?

Previous Post: Netflix Is Rebooting “Queer Eye” And The New Fab Five Are Gorgeous Next Post: 10 Ways to Keep a Loving and Long-Lasting Gay Relationship or Marriage