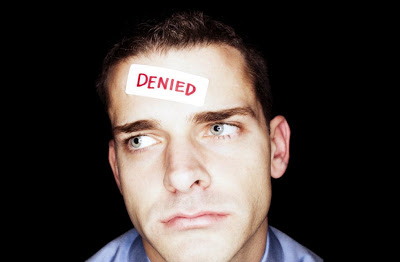 Pride is upon us once again, but as with many things this year, its observance will inevitably look different. The LGBTQ community has carried a disproportionate burden of the pandemic’s effects—and with a long history of racial injustice against queer people of color, recent acts of police brutality have hit close to home.

Pride month is certainly a time for celebrating the diverse accomplishments, identities, and members within the LGBTQ community, but companies hoping to make a buck from slapping a rainbow on their products and calling it a day should think carefully about engaging in pink capitalism this year.

While the business community has made strides in observing Pride with more substantial commitments to queer people, 2020 emphasized the need for companies to go even further. With a renewed focus on diversity, equity, and inclusion across all industries, tokenistic marketing won’t fly anymore.

2021 Pride campaigns must acknowledge the lived experience of queer people over the past year if they hope to find any success and avoid backlash. Here are a few key elements that every company should include in their Pride outreach.

The commonplace phrase “Pride was a Riot” is a nod to the observance’s origins in the 1969 Stonewall uprising that was a direct response to police brutality and specifically included trans women of color. Yet today, many companies embrace a homonormative approach to Pride celebrations, pandering to cisgender, gay, white men in their marketing.

Following the recent wave of police killings and racial injustice, any Pride PR campaign that is not intersectional will be at risk of public backlash. Include Black, Indigenous, and people of color (BIPOC), women, and trans and nonbinary people in your outreach—including visual representation and community-specific messaging.

The pandemic’s disproportionate impact on LGBTQ people has shone a light on the importance of physical and mental health in the queer community. Overall, queer people are twice as likely to have a mental health condition compared to the heterosexual population, and COVID-19 has put LGBTQ+ youth especially at risk of suicide.

PR campaigns that don’t consider the excessive loss and hardship this pandemic has dealt queer people won’t go very far. Ensure your campaign’s messaging acknowledges the resilience of the LGBTQ+ community, and if your company wants to contribute to a charity, consider organizations that support queer health like The Trevor Project or GLMA.

The events of the past year have driven businesses to revamp their DE&I efforts. This presents an opportunity to affect real change for LGBTQ+ employees and their families. This year, companies that launch Pride campaigns should expect questions about how their own policies support queer people.

Gone are the days of engaging in Pride festivities without having your own house in order. Whenever possible, include LGBTQ+ voices in your campaign planning. Amplify your diversity efforts and lead your messaging with commitments to real change rather than mere celebration or solidarity.

Whether celebrating Pride in person or virtually, the queer community will certainly hold companies accountable for their campaigns and actions. The best thing businesses can do this Pride is to be authentic and purposeful in their outreach. Embrace the diversity of the queer community and use your communications to amplify LGBTQ+ needs, voices, struggles, and resilience.

Previous Post: Hot Vax Summer! 5 Top Tips on How to Get Back into Dating Next Post: What Do All The Different Pride Flags Stand For?