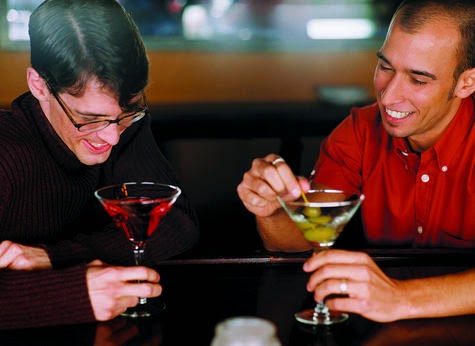 For the past year, the local LGBTQ community has looked forward to the reopening of the city’s favorite dance floors and watering holes in Oak Lawn. Tucked into Dallas between Highland Park and Uptown, the area has been the center of queer life in Dallas for decades. Often described simply as “the Strip,” the bars that line Cedar Springs sat empty for the vast majority of the past year thanks to the COVID-19 pandemic. Now, the Strip is finally coming back to life.

While iconic establishments like JR’s Bar & Grill, Woody’s, and Cedar Springs Tap House have remained open since last summer, some of the larger gathering spots, like Station 4 or Sue Ellen’s, have only recently reopened. Although many members of the LGBTQ community are eager to return to the places where they feel the most comfortable, some in Dallas say they still haven’t found a space where they really fit in.

For years, queer men have debated whether or not straight women should be allowed to party in their spaces. While one can never truly know another person’s sexuality or gender identity until they disclose it, there are very few spaces that are specifically designated for women within the LGBTQ community. Currently, there are only 15 lesbian bars open throughout the United States, one of which is Dallas’s own Sue Ellen’s. Since January 1989, Sue Ellen’s has been one of only a few lesbian bars in the region, and in June 2021 began welcoming customers back inside after a 15-month hiatus. The Village Station (now Station 4) opened 10 years prior to Sue Ellen’s, before briefly closing and returning in 1987. There’s no conclusive answer as to why lesbian bars in the United States are dwindling, but some believe the trend may be tied to the fact that “women, trans people, and nonbinary folks tend to have less ‘leisure dollars’ due to pay inequity and discrimination.”

Krista De La Rosa, a Black trans activist based in Dallas, says that more of the neighborhood bars need to actively stand with queer and trans women and nonbinary people, by hosting events and shows by and for members of those communities.

“I definitely think that the Strip has lost its way over the years,” De La Rosa says. “I know the Mining Company tries to be a little bit more inclusive, with having the trans flags fly at their establishment and things of that nature. But having places in general for trans people to celebrate who they are, or maybe just even a night that’s dedicated to trans and nonbinary people to celebrate who they are, so they have a safe place, is very much needed. Other than the Resource Center, we really don’t have a lot of spaces for us to go and enjoy ourselves without being discriminated against.”

That feeling of exclusion has persisted for years. In 2019, a trans woman was refused entry to JR’s — and shoved by a security guard — because the gender on her license hadn’t been changed to “female.” More broadly, trans women in Dallas have expressed fears about police harassment and a general feeling of hostility toward them in the neighborhood from bar workers and patrons.

Queer women of all backgrounds have also experienced that hostility. Faryn Schwartz has lived in the Dallas-Fort Worth area for more than 40 years, and has seen countless women go to bars that cater to gay men in the neighborhood for a wide variety of reasons. “I do feel like there is some sort of judgment even within our own community among gay men to lesbian women or gay men to trans or bisexual people. Some people go to gay bars out of their own inner curiosity for a deeper reason, and come out later on,” she says. “It isn’t okay to assume anyone is anything. Why do [queer men] have to get so defensive of these spaces?”

Kathy Jack is the general manager of Sue Ellen’s, an icon in not just Dallas’s LGBTQ bar scene but across the nation, who’s made it her mission to build a more inclusive neighborhood. Around the time she opened Sue Ellen’s, Jack was working as a manager at the Village Station and says that the gay bars were mostly set up to cater to cisgender men.

“People were asking, ‘Would you ever open a women’s bar on Cedar Springs?’ and I inquired about that,” Jack recalls, “and everybody was telling me that it probably wouldn’t last … and I was determined to do it.” Thirty-two years later, Jack says she sees a variety of customers, “more mixed than female,” coming in for drinks. She has seen Sue Ellen’s grow into a “destination,” bringing in visitors from Oklahoma, California, and Canada.

Jack cites Sue Ellen’s conspicuous location at the Throckmorton and Cedar Springs crossroads as the biggest pull for customers of all different sexualities and genders. She has heard from women and transgender people who have felt unwelcome in other LGBTQ spaces, and also believes that having a bar staff composed mostly of women proves more comforting to women, as well as trans and nonbinary customers. “It’s been that way ever since we opened,” Jack says. “We’ve always had a lot of trans women that would come in, and I think it is because we make them feel more comfortable instead of them being around a lot of men.”

Over the next few months, Sue Ellen’s plans to host a variety of events catering to all members of the LGBTQ community, including an inclusive drag competition called the Queer Off, and a music festival to follow later this year with a lineup of mostly women performers.

Jack isn’t the only one making an effort to create spaces that are welcoming to all women — activists like De La Rosa are creating their own, too. In addition to being an activist, De La Rosa is also a drag performer. Because she couldn’t find many events spotlighting queens of color and trans performers, she launched an event production company called Special K Productions. Through Special K Productions, she seeks out often-overlooked entertainers to book for drag brunches and other events.

Most of De La Rosa’s events with Special K Productions take place outside of the Dallas gayborhood, with the intent to bring LGBTQ events to people who aren’t in close proximity to Oak Lawn and Cedar Springs. She’s hosted and performed in drag brunches at Booty’s Street Food in Deep Ellum, St. Francis Pub in the Medical District, and Blue Cenote in Bishop Arts.

While many believe that drag performances are exclusively cisgender men performing while dressed as women, De La Rosa notes that drag is an exaggeration of the concept of identity, and drag kings and nonbinary performers are also part of the community. In her own experience, she recalls venues, including some on Cedar Springs, passing over her due to their own misconceptions about drag.

“Drag is an art, and art is subjective,” De La Rosa says. “An entertainer is an entertainer. Who cares who you are, as long as you’re entertaining and you’re doing what you do, it shouldn’t matter to the rest of the audience whether you have a dick in between your legs or a vagina.”

As drag has entered the mainstream, notably with RuPaul’s Drag Race airing on five different channels, De La Rosa says this type of visibility is vital for people in the LGBTQ community and hopes that venues and clubs give these types of opportunities to queer and trans women. “It’s all about giving them the same platform that we give to gay men,” De La Rosa says. “We have to give the same platforms and the same energy that we’re putting into everything else. Don’t be selective on what you want to highlight.”

Although the rainbow-themed Roy G’s isn’t specifically a lesbian bar, it’s owned and run by brother-sister duo Marco and Mariel Street, the latter of whom identifies as a lesbian. You won’t see walls bedecked with photos of shirtless men or bumper stickers with innuendos referring to gay sex, but instead, rainbow motifs and bright lights designed to cultivate a sense of welcomeness for those who enter the bar.

With a queer-friendly aesthetic, as well as regular events like drag bingo and “Hawt Gurl Summer” parties, Roy G’s manager James Keenan hopes this environment will attract people all over the LGBTQ spectrum, as opposed to exclusively cis gay men.

“We all have to have our safe spaces,” Keenan says. “So why exclude other people from our safe spaces? Why only allow these spaces to gay men? Why can’t we all be inclusive together? Why can’t you accept and love everyone? This is what the community is all about.”

Keenan says he sees differences between Gen X, millennials, and Gen Z, in terms of acceptance of different gender expressions. Jack shares similar sentiments about those generational differences, however, she thinks that in order for lesbian bars to thrive and in order for trans and nonbinary people to have access to these spaces, cis queer men need to make a conscious effort to learn and understand the needs of these communities.

“They don’t need to just understand trans people, but they also need to understand nonbinary people” Jack says. “Just because you’re gay, you think you get it, but you really don’t get it. You have to step in their shoes.”

If you’re planning on meeting hot Texan guys this weekend, make sure to download our favorite gay dating apps like Jack’d, Scruff and Surge. Or try newer premier gay dating sites like Gay Dating Solutions and My Gay Match.