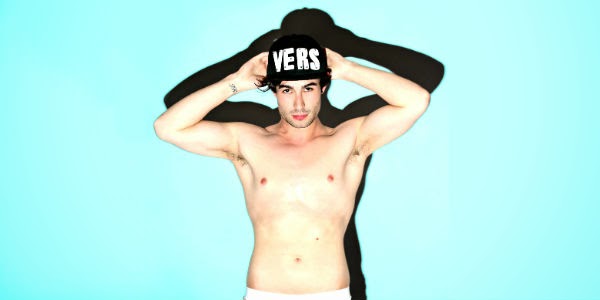 What’s your preferential sex position? I know you have one. Let’s talk man to man here. One of the things that make us different from straight people is sex. We don’t have to be confined to strictly “top” or “bottom” positions like heterosexual couples are. Gay men can switch it up from time to time. Sex will always be a new experience – but only if we let it.
There are plenty of happy gay couples who prefer to stick to their top/bottom roles. Personally I think it’s a sad mirror of heterosexual relationships. When one is always the “man” and the other is always the “woman,” it has the potential to bleed into other aspects of your lives. These roles will slowly manifest itself in how we treat each other: at least in my experience.
The idea that we are our positions annoys me beyond all measure. Often times the titles we choose end up psychologically affecting our personalities. Most of the time it happens naturally. I saw it in the men I’ve dates who were “total tops.” For whatever reason they felt it was their duty to pay for my meals, be the big spoon and set his boundaries early-on that he was the “man” of the house. Clearly that didn’t sit well with moi. But the same thing happens on the opposite end. Many of my friends who call themselves “total bottoms” act like housewives to their men, submissive and fragile. Obviously this isn’t true for all gay men, but damn it I’ve seen it time and time again.
As a versatile man, I don’t have to deal with any of that crap. It wasn’t always like this, however. When I first came out of the closet I was absolutely petrified to bottom for my boyfriends. Not just because I thought it was going to be painful, but psychologically it made me the woman. I wanted to be a man. To be penetrated meant to take away everything I thought I was supposed to be. As I got older I realized this was anything but true.
After I bottomed the first time it was clear that most of my fears were in my head. From then on, dating became much easier. The days of rejecting someone because they were a “top” were over. The world became my oyster, and I was willing to jump in the pool with any man – no matter what their sexual preference was. The options were limitless. Versatile men bring a lot to the table. Anything is possible. Sex becomes much more open and freakier. It’s the freedom that  never makes sex boring. But for whatever reason, a lot of men are scared to enter versatile train.
Like all labels in the gay community, being versatile comes with expectations. Personally I don’t judge whatever “permanent” position you think you are. If you’re a top who hates to be touched anywhere near your ass, fine with me. If you’re a bottom who hates to get blown or even orgasm, fine with me. I still will never see how that can be fulfilling. Amazing sex means showing your vulnerable side and if you’re unwilling to share it with your man, the natural reaction is to be closed off.
The power of versatile men is astronomical. We don’t live inside a box. I don’t need to be a “total top” to remind me I’m a man. I know it already. Our bodies naturally react to what’s inside our head anyway. When we’re too focused on preserving a type of idea, eventually our body’s going to reject anything that doesn’t match it, i.e. total tops and total bottoms.
But… when you’re throw your hands in the air and have the confidence to not exist on a man-made spectrum, life and sex become much more rewarding.
Have you found the right one, or are you still searching?