Teen Beach Movie star Clayton, 30, got married to his boyfriend of over a decade, screenwriter Blake Knight on Saturday, and we couldn’t be happier for the couple! The two spilled the beans to People!

Check out the original story here: Out Magazine.

“We’ve been trying to get married for a long time, so we’re just excited,” Clayton said. The couple had gotten engaged in Iceland in January 2018, but have delayed their wedding twice because of the global pandemic. They finally got to tie the knot at a private residence in Los Angeles over Labor Day weekend.

The two grooms were joined by 160 family members and friends, and were walked in by their mothers. Actress Alicia Silverstone officiated.

Clayton came out back in 2018, when he talked about his role in the film Reach, where he played a young man contemplating suicide, who decides to give life another chance when he meets another boy.

Early in his career, Clayton was told to keep his relationship secret if he wanted to keep his career. “When we first made our relationship official, I was told to be in the closet professionally and no one even knew we were together yet,” he told People. “I was told enough times, ‘If you come out, you won’t be able to audition for 80 percent of roles that you’d be seen for if you just stay in the closet.’ It’s definitely been a journey.”

Knight added that they’re happy to be where they are now. “We’re lucky that we’re in a place now that we can actually share our lives together,” he said. “Both privately and publicly.”

Check out the original story here: Out Magazine.

Dress in your most sinful costumes for a night of debauchery as Score Night Club hosts its annual Halloween event.

The Capital Pride Alliance, the group that organizes D.C.’s annual LGBTQ Pride events, announced on Sept. 21 that it has submitted a bid to host 2025 World Pride, the international Pride event that draws thousands of participants from throughout the world to the host city. 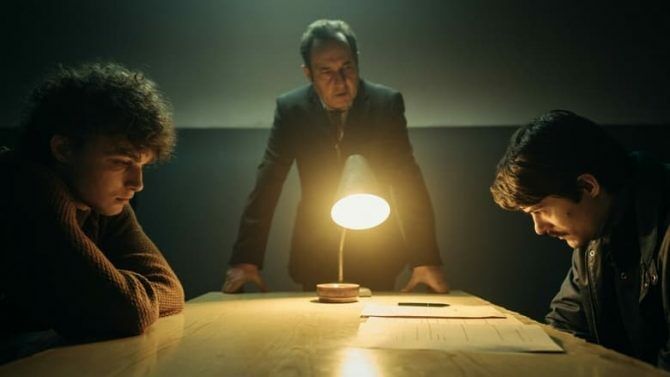 WATCH: A True-Crime Thriller About The Systematic Hunting of LGBTQ People

Streaming giant Netflix has just released the first trailer for Operation Hyacinth, a new thriller based on a true story of police hunting down a city’s gay population.