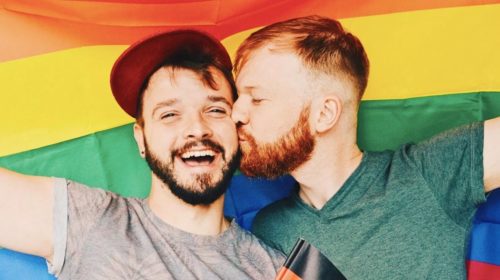 Karl Krause and Daan Colijn, a German and Dutch born gay couple who run the travel blog Couple of Men, began receiving e-mails and Twitter notifications that someone on Twitter was using their photos to post messages supporting pedophilia.

The Twitter user, called Alex (@vaceyi), described themselves as “a “Bi-sexual, Intersectional feminist, Nomap ally. #resist.” (Nomap is an abbreviation for “Non-offensive Minor Attracted Persons”, a pedophile who doesn’t rape or molest kids.)

According to NBC News, “Alex used strategies that have become common among efforts to spread misinformation and propaganda on social media, building up a small following by tweeting pro-LGBTQ hashtags and retweeting gay and lesbian aid organizations before sending the pro-pedophilia messages.”

Alex’s messages included tweets like, “Pedophilia is a sexual orientation you bigots,” and numerous pseudo-scientific claims that child sexual abuse is far less psychologically damaging than physical and emotional abuse. 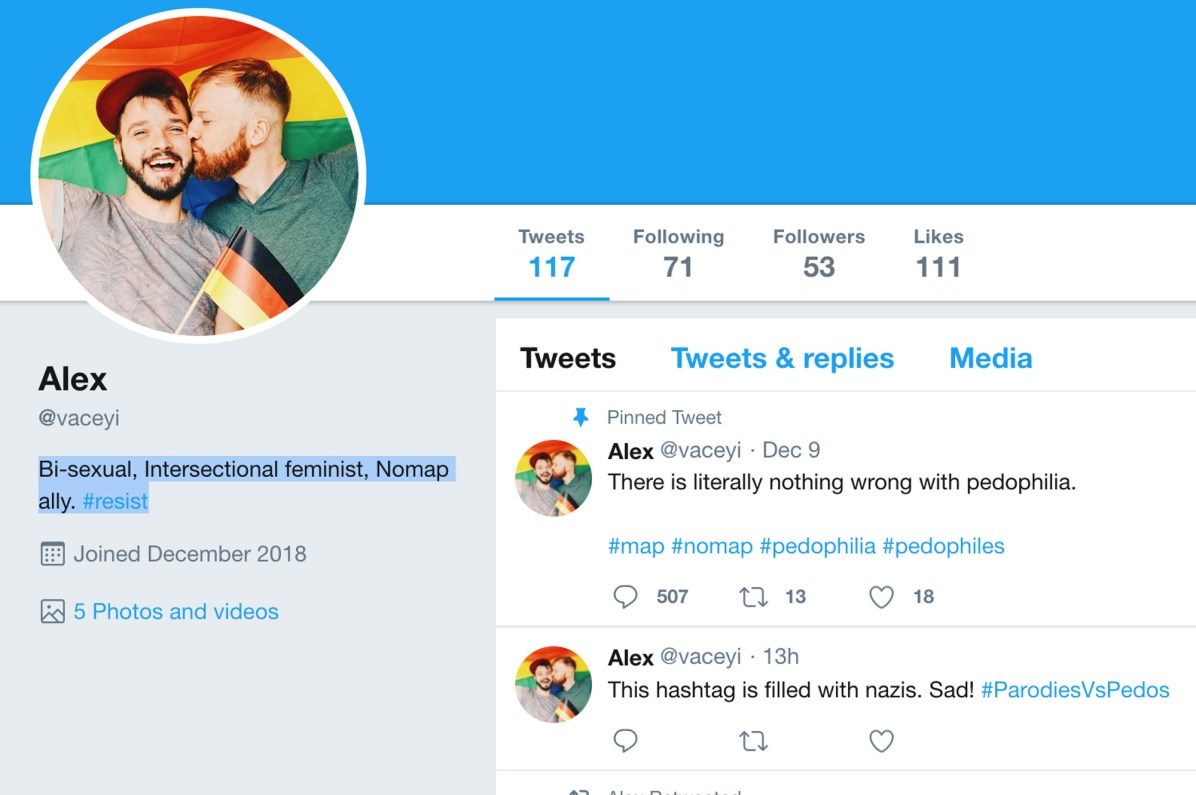 Krause and Colijn reported the account to Twitter, but Twitter required them to prove their ownership of the photo in question and to prove that Alex was really trying to impersonate them.

“We had to write emails back and forth, taking hours before we got a reply,” the couple wrote in a recent blog entry. “Twitter has to simplify [the process].” So, to increase the speed of the process, Krause and Colijn asked their Twitter followers to help out by also reporting the profile.

Though Twitter eventually removed the fake profile, it’s merely the most recent incident of online fakers masquerading as members of the LGBTQ community to proclaim support of pedophilia.

While anti-LGBTQ bigots have long claimed that queer people are all pedophiles, in the last two years online trolls have concocted various schemes to reinforce this idea.

In 2017, trolls from the online group 4chan began claiming they were “clovergender”—that is, grown men who identify as children in order to have consensual sexual contact with kids. This, of course, was a complete lie. No one identifies as clovergender.

In December 2017, online conservatives started sharing an image of a poster with the acronym LGBTP — the P standing for “pedosexual.” But this too was a complete fabrication started by anti-LGBTQ web users.

Then, in July 2018, 4chan trolls also created a “MAP pride flag” celebrating people attracted to minors. The flag is a hoax and has never been flown by any MAPs or LGBTQ community members.

Connecting LGBTQ people to child rapists encourage others to attack us under the guise of “child safety.” It tells you everything you need to know that anti-LGBTQ liars are the ones most proudly allying LGBTQ people and pedophiles.

Studies have shown that most child molesters are actually heterosexual and cisgender, consistent with their numbers in the general population.

Previous Post: How to Find a Relationship in 2019 Next Post: Attractive People Are More Likely to Be Accepting of Gay Sex, Study Suggests