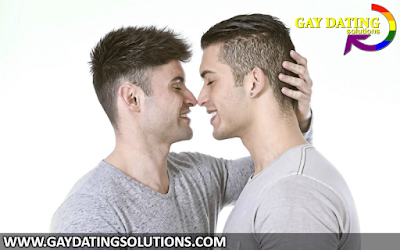 It’s sometimes difficult to know when a gay relationship is over even when it’s obvious. These warning signs deserve your attention.


You’re failing to communicate.
Communication is so essential to any relationship, that the lack thereof can be a sign that the relationship is on its way out. Are either of you no longer talking about issues or communicating about things that bother you? That is a huge sign that one of you has checked out.
Failing to communicate will leave a big void in your relationship and cause minor problems to spiral into unnecessary issues. Try going for an afternoon walk or book a table at your local restaurant, with no distractions the conversation should flow more easily. If it proves to be difficult and it becomes apparent that you simply just don’t care anymore then you know what to do.

You’re off sex.
Having a healthy sex life and one that suits both your libidos and sexual desires is important for every relationship, but if your bedroom time has gone from exciting and experimental to dull and repetitive then it’s time to decide why.
If your sex life has gone from 60 to 0, it is a bad sign that your relationship is on the fritz. A little ebb and flow of desire is normal, but if one of you has lost the desire completely (without any underlying medical condition involved) it is time to end it.
If you’re not quite ready to call it a day, try bringing the zing back to your sexy time with a new sex position, or introduce sex toys into the mix. If you’re both still not jumping into the bedroom then maybe your relationship is more suited to being just a friendship?

He’s too busy for you.

Is your man busy that you haven’t seen him in weeks? Is your boyfriend turning into a workaholic? Red flag.
He always spent a lot of time at the office, but now he seems to have work events every other night. I hate to be the bearer of bad news, but it sounds like he’s avoiding you.


When you stop being happy.
This seems basic, because it is.
Do you see any mention of “him” here? No. Some people might disagree with me on this, but when you stop being happy, you are in a completely valid place to end things. Relationships — like life itself — are meant to be enjoyed, not suffered through. Even if he’s the perfect guy, sometimes you’re simply not happy, and you are doing him a disservice by continuing the relationship. No one wants to date someone who isn’t happy dating them.


When he stops being happy.
My last relationship ended this way. He was unhappy.
It is incredibly painful to let someone go, someone you love and want to stay with. But if you really love him, you want him to be the happiest person he can be — even if that means letting him be single or be with someone else.
Love isn’t about possession or ownership. You cannot ever really belong to someone, just as someone cannot every really belong to you. Love at its simplest and purest is about wanting someone to be their best, and hoping their day is going better than yours.


You’re not emotionally connected anymore.
You’re indifferent to your partner’s feelings and thoughts. You may pretend to care about your boyfriend, but deep inside, you know you don’t really give a damn about what your partner is feeling or what they’re up to. You love your partner, but you don’t want to involve yourself so deep that you have to play a part in making them feel better about themselves.


You can’t see a future together.
There are no talks about the future between the both of you. And your partner no longer plays a pivotal role in your big scheme of things. If there are any thoughts on the future, the last person you think of is your significant other!


Your partner saps your energy.
You feel drained, annoyed and tired after spending time with your partner. You try to have a nice time with them, but the constant arguments and differences in opinions just tires you and makes you want to run away mid-conversation.

You pick fights.
Picking fights with your loved one is a sign of irritation and unfortunately, the beginning of the end. We often tend to start picking fights when we feel a relationship is at its end. We try to get the other guy do the dirty work and break it off.
So if the small things that never used to bother you are now more infuriating than cute, it’s time to move on to someone where you can spend your time snogging rather then arguing.


When they have fallen for someone else.
If he tells you honestly about his feelings, be understanding and decide what to do. Be grateful for his honesty. Chances are you’re going to break up, but many couples I know have managed to make allowances for these things: The third guy becomes part of their polyamorous setup, or partners simply let their boyfriends do what they need to do, understanding that different people satisfy you in different ways. But no one will fault you for feeling that things need to end.
As you can see, communication is the key to handling clean, easy breakups. Put the plates down and lower your voice. Do not go into a breakup situation with the intent of hurting someone. Although there are often endless reasons to leave someone, there is no need to hurt them.
Good luck with the breakup. Take a few months to yourself. The next person is just around the corner, waiting for you to run into him when you least expect it.

Previous Post: This Teen Fashion Designer is Upcycling Clothes for Young Homeless LGBT People Next Post: Teen’s Incredible ‘Coming Out’ Graduation Speech is Going Viral for All The Right Reasons