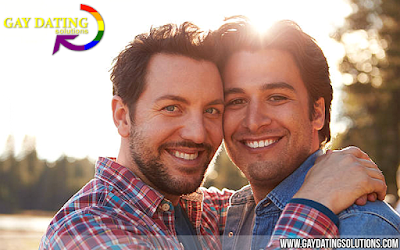 Being in a long distance relationship can be difficult, that’s why we created this guide to help you find ways of coping with the trials that distance can bring to a relationship.

What kills a long distance gay relationship is the constant underlying uncertainty to everything. “Is this all worth it?” “Does he still feel the same way about me as he did before?” “Is he secretly meeting other guys on Grindr without me knowing?” “Am I kidding myself with all of this? Maybe we’re horrible for each other and I don’t know it.”
The longer you two are apart, the more these uncertainties will fester and grow into legitimate existential crises.
That’s why when making any long distance relationship work it’s necessary to always have some date that you are both waiting for. Usually, this will be the next time you are both able to see each other. But it can be other major life moments as well — applying for jobs in the other person’s city, looking at apartments together, a vacation together, and so on.
The minute you stop having some milestone to look forward to together, you’ll be stuck in emotional limbo. One thing that is true about all relationships is that if they’re not growing, then they’re dying. And this is more important than ever in long distance relationships. You must be evolving towards something. You must both have a converging trajectory on some point on the horizon. Otherwise you will inevitably drift apart.

There are few ways to portray long distance relationships as pleasant experiences, but there are steps you can take to make them easier until the time comes when you will be back in the same place. Which brings me to my first and most important tip:

1. Since you don’t have the benefit of in-person time together, daily communication is a must. Whether you prefer text messages, IMs, emails, telephone calls, or video chatting, keeping in touch is the most important thing you can do in a long-distance relationship. There are even smartphone apps that allow long-distance couples to share photos, videos, send voice messages, and more. And don’t forget good old snail mail! A cute handwritten letter or small unexpected gift goes a long way to making your LD partner feel loved and appreciated.
2. Be slow to judge.
A funny thing happens to humans psychologically when we’re separated from one another. We’re not able to see each other as we truly are. When we’re apart from one another or have limited exposure to a person or event, we start to make all sorts of assumptions or judgments that are usually exaggerated or untrue.
This can manifest itself in various ways within a long distance relationship. In some cases, people get insanely jealous or irrationally possessive of their partner because they perceive every casual social outing without them as potentially threatening to their relationship. They become paranoid, asking “who the fuck is Dan, tell me who the fuck this Dan guy is, and why is he writing on your Facebook wall — oh, he’s your stepbrother? I didn’t know you had a stepbrother. Why didn’t you tell me you had a stepbrother, are you hiding something from me? OK, maybe I wasn’t listening when you told me, but I still don’t want you hanging out with Dan, got it?”
3. Make Time to be Boring.
Reuniting after time apart can make relationships feel honeymoon-y a lot of the time, especially if you’re visiting on weekends. If your times together feel more like mini-vacations than real life, it’s hard to know if your relationship would work under ordinary circumstances. Be sure to plan some downtime during each visit so you can get a better sense of how you function as a couple under more typical day-to-day conditions. It’ll help you realize whether or not the relationship will be worth the effort in the long run.
4. Send nudes.
Sexting is wonderful at any time, but in a long-distance relationship it is vital. Let him know you still think about him sexually, and that you can’t wait until you guys are naked together again.
This is important. Everybody wants to be seen as sexy, especially by the person they’re dating. When you are apart, it is easy to feel unattractive – there’s no one there to kiss you and touch your butt and tell you that you look good even when you think you look terrible.
When you are far apart, remind him often that you think he’s sexy, that his new pictures on Facebook or Instagram are hot, and that you want to do nasty things to him when you’re back together.
5. Make sure the distance is temporary.  A long distance relationship cannot survive without hope. And for there to be hope, there must be some possibility that you two will one day be together and achieve your Happily Ever After.
Without that shared vision of Happily Ever After, everything else will quickly begin to feel meaningless.
Remember, love is not enough. You both need to have life visions that are aligned, shared values and mutual interests.
Have you found the right one, or are you still searching?