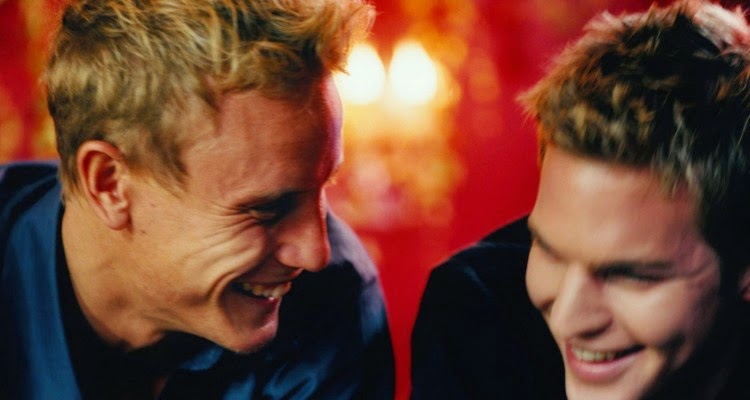 Question: I have been out of the dating scene for 10 years after having been in a long-term relationship for that length and it has since ended. I find it difficult being back on the singles’ market. I currently find myself in a strange situation; I have met a guy through the Internet. On our “first date”, I set the context of our encounter by saying that I thought from having left a long-term relationship that it was important for me to be friends and to be interdependent rather than codependent as was my previous experience. So now seven weeks have passed, we’ve been on a number of dates, but haven’t kissed. I am waiting for him to make a move. I’m fearful and I don’t want to ruin anything if it is meant to be a friendship, although I would like more. How long is too long to know someone before “stepping things up” and how do you decipher whether it’s a friendship or if there’s potential for a relationship?

Dear Daniel:
Yes, it can be quite a difficult challenge when transitioning back into the dating scene after having been in a long-term relationship for the length that you were involved in. Feeling rusty and out of practice, it can be overwhelming navigating through those waters again, particularly with the difficulties inherent in finding compatible matches. Not only this, you’re likely still going through a grieving process over the loss of your 10-year relationship even though you initiated the breakup. So my first bit of advice to you is to relax and breathe! There’s no rush and it’s a process you have to go through. Becoming preoccupied with the dating challenges will only serve to frustrate you and create more angst and desperation that could sabotage your efforts to find healthy dating partners.
Being new to the scene again and wanting “to do it right the first time around” is commendable and it sounds like you’ve done your homework by realizing the importance of pacing and taking things slow. There does need to be a balance with this, however, otherwise many men will perceive a lack of interest if the signals aren’t expressed that you’re interested. This new guy you’re dating sounds like someone you’re intrigued with and would like to see developing into more than “just friends.” While going slow is important, you want to beware of over-thinking it and communicating it too much to the guy you’re seeing. My concern is that it’s possible your guy may have interpreted your statement on the first date of being friends and interdependent as a barrier you put up towards getting close.
Try to be mindful of ways you may be projecting your past relationship mistakes onto new dating encounters. It’s important in the early stages of dating that you make the contacts light and gradually build in more self-disclosure as you screen the person to determine their suitability; this way, your disclosures match the level of intimacy that’s developed in your progressive meetings with your new dating partner. It’s possible your statements may have come across as “too heavy” and your guy may have interpreted what you said in such a way that now your relationship with him is defined as purely a friendship because that may be what he thought you were surmising. After two months with no movement, that may be the case. But don’t fret, my friend! All is not lost! It’s also very possible that he, too, shares your interest, but is waiting for you to make the first move because of what you said and he’s letting you be in control of the pacing since you expressed the need initially.
If you’re truly interested in cultivating a relationship beyond friendship with him, then the only way to accomplish this is for you to take the lead and directly express your interest and desires either verbally or through a kiss or some other affectionate gesture that breaks away from the purely “friendship behaviors” that have been exhibited thus far. Only you can decide if that’s what’s right for you; but if you do choose to let him know how you truly feel, I’d do it quickly! Don’t let anymore time pass by! The more time that the two of you invest in each other functioning as you are now, the more your relationship will be defined as “just friends” because any romantic chemistry that existed will diminish over time and he will only view you through the lens of being a pal.
It’s not easy taking the initiative and putting yourself in a position of risk. You will need to decide if he matches your personal requirements for a partner thus far and if the benefits of making your feelings known outweigh the potential costs of making yourself vulnerable. And when you’re dating, let things evolve naturally and address the issues as they come. It’s important to have boundaries, but try to avoid setting them up so high that there’s no way to let a relationship grow. Being friends and having separate identities are extremely important for the health of a partnership, so you’re right on for identifying these values as prime for you. But rather than “throwing it all out on the table” within the first few dates by communicating that, perhaps just pace the speed of how things are going by expressing your needs and feelings as they come in the various situations you’ll find yourself in. Your guy will get the hint. For example, if you’ve gone out on a few dates with someone and he starts giving you hints that he wants to have sex, you could say something like, “I really like you a lot, but I’d like to take things a little slower and get to know each other better first. I’m really attracted to you though, just please be patient.” Hone your flirting skills, pay attention to body language and eye contact, and assess the guys’ responsiveness to you as clues to a dating partners’ interest. And even when going slow, it’s still important to throw signals of attraction and interest to keep the fires burning and to keep each other validated.
I wish you luck with this! What do you really want from this guy…a friend or a potential boyfriend? Whatever you decide, go for it and address any fears that may be holding you back. Be the chooser, be assertive! And no matter what happens, the one thing that won’t change is that a friendship has already been established and that’s one more person to add to your support network. My fingers are crossed for you!
Have you found the right one, or are you still searching?