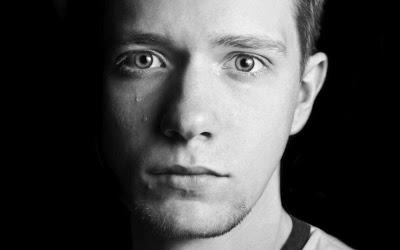 In order to be special, you must first feel special…

When I was a kid, my mother would tell me I was the cutest kid in the choir. She was my mother so I had no reason not to believe her. I carried her confidence with me throughout my adolescence until I became old enough to physically compare myself to my peers. Though I felt beautiful on the inside (thanks to mom), the world convinced me I was less than adequate.
One day I was eating lunch in the cafeteria when I heard someone across the table say, “Why are you eating so much junk? You have enough pimples as it is.” At the time I didn’t know what to make of it. I told my grandmother about it who wisely said, “Our beauty is judged in how much we make others feel special.”
In order to be special, we must first feel special. It’s much easier to call someone else more beautiful than us because it’s difficult to see ourselves subjectively. Who are we to call ourselves beautiful? After all, shouldn’t it be up to the world to decide that? It seems that nowadays people are scared to be beautiful because everyone might think they’re vain, or self-righteous, or egotistical. But the truth of the matter is beauty has nothing to do with the physical and everything with how we make people feel.
What is beauty? All my life I’ve been afraid to ask. I know it’s desired, envied, and holds the secrets of our most dyer needs, but at the end of the day it has nothing to do with us as an individual. It’s a tactic used to sell product and turn us (the fearers) into consumers. It starts from an early age. If we have pimples, we’ll never grab the attention of a boy; if we don’t look our best, we’ll never be taken seriously; if we don’t go to the gym, we’ll never get laid; if we don’t fix our physical flaws, we’ll never be looked at with desire. So of course we’ll buy that facial cream, hair product, gym membership, fragrance, or credit card…
I look in the mirror every morning and pretend to see anything else but my reflection. Then I start nitpicking the details – my hairline is receding, my teeth aren’t as straight as I’d like, my skin isn’t the clearest, my tummy could use some work, and I’ve yet to find a “right” angle. It’s a morning routine I take to work, friends, family, and the strangers I meet throughout the day. It’s the construct on which I build my esteem, and it creates an assumption of how other people perceive me.
The idea of beauty was constructed to insight fear. Eventually, that fear is turned into a money making conglomerate. We use it to feel better about ourselves, as a scale to judge others, and as a way to create an accurate interpretation of our worth.
Basing beauty on physical characteristics isn’t an intuitive choice, but an intellectual one. The world’s standard of beauty has changed over the decades, and whatever body type is “in” at the time is going to be the one most envied. Despite the continuous marketing of it all, one rule has remained the same: Beauty is felt rather than seen.
Society is trained to go with the flow of whichever fad we’re in. Looking at a picture of a man, it’s easy to say one is more attractive than the other simply because he matches a type. But I’ve met tons of guys who are my ideal type that have disappointed me in other ways, which instantly made them less attractive in my eyes.
Can beauty be made at the gym or doctor’s office, or can it be learned through spreading compassion and love? Let me give you an example. Let’s say I give you two pictures of two different men and I ask you to rate the most beautiful. One man looks like a supermodel, yet never smiles and looks a bit intimidating. The other is pretty average yet still attractive and loves to smile, pose with his dog and little nephew, and works in the nonprofit world. You might be tempted to choose the supermodel because we’re wired to believe it’s the right answer. But deep down, our conscience knows that true beauty lies beyond the physical. It’s the “aww” moment you have when you see a man kiss his dog. It’s the butterfly feeling you get when a guy says, “I think you’re incredible.” It’s the freedom of knowing that your man has your back no matter what.
We are the judges of beauty. What I think is beautiful might not be what you think is, and that’s okay. He doesn’t need to have a dog, work in the nonprofit world or be good with kids (those are just my own assessments). While there is a standard of what we think is beautiful, my point is it’s always been a social construct. It’s like the stock market. It goes up and down and changes every single day. Investing your life according to a standard of beauty is pointless because it’s always going to be short-lived.
Physical beauty is judgment. Though it’s main purpose is to make us feel special, it’s become the strongest tool in creating a hierarchy within our community. Because it is judgment, we often think it’s pointless to call our own shots. But no matter how many times we try and mold ourselves around a prototype, our level of beauty is always going to be equivalent to the amount of beauty we give. Making people feel happy makes us happy. Spreading joy makes us joyful. Making others feel beautiful will always make us feel beautiful. It’s how the universe works. Do you think your beautiful? Try looking at how your friends feel and be the judge yourself.
Have you found the right one, or are you still searching?

Previous Post: Easy Ways to Enhance and Deepen Your Relationship Next Post: The Unspoken Truth About Casual Sex