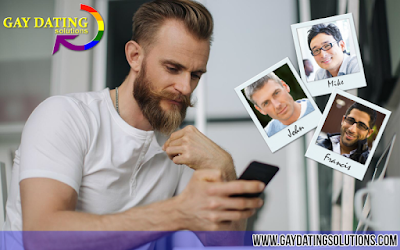 When you’re looking to build a healthy relationship, how do you make sure someone is right for you?

For a long time, I had no idea.

So I asked other people what they looked for in a partner, and I got answers like…

I knew those qualities were important. I had some of them myself, and even looked for them in other gay guys. But something was missing. The men I really liked and dated, always broke it off first.

After a breakup, I asked a former boss who had been happily married for over 20 years for advice. He just said…

“Do they respect you?”

This simple guideline has profoundly changed the relationships in my life.

Once you like someone, respect is the first thing you should be screening for. And you should continue to do so as the relationship deepens.

None of the other qualities will matter if you aren’t treated well. The novelty will eventually wear off and you will feel used, abused, frustrated, and want out.

By prioritizing your self-respect you immediately:

1. Avoid wasting time on unfulfilling relationships that make you feel miserable.
2. Spend time being happy and building healthy relationships with good people.
3. Reinforce your self-worth. You stop holding on to people out of fear or comfort. You develop an abundance mentality. You give yourself the power of choice.

I understand it’s hard to define what “treat you well” means. But, I can share insight from my own relationships and the relationships I’ve helped.

Here are some traits you should expect in a partner who treats you well:

✯ They’re supportive of your interests, hobbies, and passions.
✯ They respect you in front of other people. They don’t put you down, ignore you, or share personal details without your consent.
✯ They are willing to contribute and be an equal partner. They invest time, effort, and money back into you.
✯ They communicate their feelings and expectations to you. They don’t hide them or use passive-aggressive tactics.
✯ They aren’t controlling or overly jealous. They allow you to see friends and don’t try to isolate you from the outside world.
✯ They don’t try to change you against your wishes. If you have bad habits, they are a support system rather than a critic.
✯ They don’t make you feel guilty or ashamed about your sexuality, views, or values.
✯ They don’t physically abuse you.
✯ They don’t belittle you or talk down to you. No gaslighting, either.
✯ They’re honest and don’t lie — even by omission.
✯ If you’re close to your family and friends, they make an effort to get along with them.
✯ When you express your needs they are receptive and proactive. They don’t minimize them.
✯ When you talk, they listen. And act in ways that show you they listened.
✯ They challenge you to be better and don’t let their own insecurities hold you back.
✯ They take responsibility for their actions and words. They don’t make excuses or shift the blame.
✯ They recognize, empathize, and care about your emotions.

Fortunately, I always chose guys who were respectful to me. But I can’t say the same about how I treated them. And that’s why they left.

You can’t expect respect, nor will you get the respect you desire, if you don’t hold yourself to the same standard. Respect has to be mutual. A relationship can’t flourish without it.

Previous Post: Watch The Brand New Trailer for Coming Out Movie Love, Simon Next Post: Watch Troye Sivan Perform ‘My My My’ & ‘The Good Side’ On Saturday Night Live