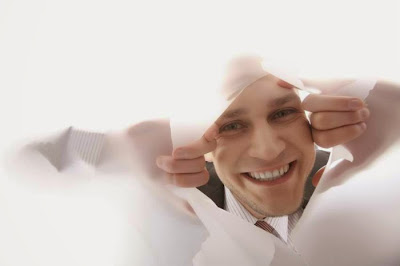 It’s difficult to remain positive despite the countless number of things pulling us down. Have you ever waken up in the morning happy and ready start your day, until the coffee maker breaks, traffic gets stalled and your friends change their lunch plans? Suddenly, a day so full of potential becomes yet another grueling experience.
It’s the little things that pile up into a mountain of misfortunes, leaving our spirits vulnerable to negativity. One chink in the armor is like a ripple in a wave. It takes a while to find our balance again, and in that time-frame, we’re defenseless. We’re exposed to reality in such a way that we begin to see more things that are wrong, which ultimately ruin our day – and eventually our lives.
Why do we get so upset over the little things? In our heightened state we tend to exaggerate things that, in the long run, have little value towards our happiness. We over think till it becomes an obsession. Once we do, we collect other negative thoughts. By the end of the day we’ve collected so many that it’s hard to remember any of the good. This isn’t a path anyone wants to tread.
Let’s say you show up to work – everything’s fine – when suddenly you realize the corner Starbucks is shut down (a rare occurrence, but it happens). You end up walking three blocks to the other Starbucks and risk being late for work. Before you know it, you’re too focused on this fact alone that you begin a thinking pattern which lasts throughout the day: the coffee was gross, my boss didn’t seem happy when I walked in ten seconds late, I might have lost valid work time, ugh I should have just drank the nasty coffee in the break room, etc. Before you know it, this one event becomes the seed towards an unhealthy pattern.
Small adversities like this should be a springboard towards the bigger picture. Instead of focusing on whatever is changing your routine, interpret it as a new experience. You’re not going to die, but rather have a minor skip in your plan. Here’s a tip. One of the greatest sayings to have in your back pocket is “Oh well, at least…”
The coffee maker breaks? Oh well, at least there’s a café downstairs. You accidentally drop your phone? Oh well, at least it’s not broken. Your man forgets to bring you something when he meets you for lunch? Oh well, at least he’s here.
There’s tremendous power in brushing things off your shoulder. “Oh well, at least…” is more than just letting things go. Psychologically you’re training yourself to embrace the positive sides of things. Sooner or later you’ll be able to do it unconsciously. Everyone deals with small adversities in life and the beautiful part about it is that no matter how old we are, it’s never too late to embrace a new form of combat against it.
When something good happens because of a negative incident, we tend to call it “fate.” Let’s say because you chose to walk the three blocks to the other Starbucks, you ended up meeting the love of your life. That’s fate. Yet for most people who are stuck in a negative state of mind, they’re never going to see the opportunity fate brings when it reveals itself.
When bad things happen, never let it define the dynamic of your attitude. Positivity is contagious and it starts with you. Let’s learn to embrace it. Just because there’s a thorn on a rose doesn’t mean it’s not as beautiful. There’s positivity hidden deep within every negative thing, but until we search for it we’re always going to see the outer layer.
Have you found the right one, or are you still searching?