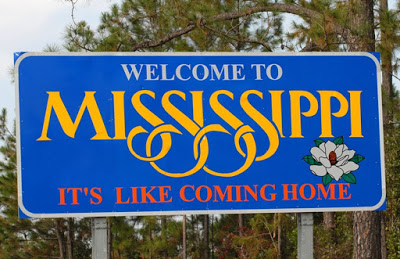 State’s new law is most extreme of religious freedom bills passed in many states.

As of Tuesday, Mississippi became the most anti-gay state in the United States as its ‘religious freedom’ law came into effect.
The law, HB (House Bill) 1523, allows for sweeping anti-LGBTI discrimination. It’s the most extreme of the religious freedom bills that have passed in many states in response to the U.S Supreme Court’s 2015 ruling allowing same-sex marriage nationwide.
The law is intended to protect individuals who have religious beliefs, but goes so far as to allow public employees, service providers and business owners to cite personal religious beliefs to justify discriminating against LGBTI people.
HB 1523 spells out three specific religious beliefs to be protected above all others.
First, marriage can only be between a man and a woman.
Second, sexual relations are ‘properly confined’ to such a marriage.
Third, sex is an innate characteristic that is assigned at birth and cannot change.
Rev. Jasmine Beach-Ferrara, executive director of the Campaign for Southern Equality, believes the law will have long-lasting consequences.
‘The insidious power of a law like this is that it casts a long shadow over public life, forcing someone to assess whether they will be treated fairly and respectfully in situations from the crisis of an emergency room to an anniversary dinner at a restaurant to a child’s classroom,’ Beach-Ferrara said.
‘Now we face the cruel reality of the law going into effect and the imminent threat it poses to the dignity, health and well-being of LGBT Mississippians,’ Beach-Ferrara added.

Pre-emptive attempts to have courts block the law from going into effect have failed, the Washington Blade reports.
Lower courts have thrown out two different lawsuits – one filled by the Campaign for Southern Equality and another by the Joshua Generation Metropolitan Community Church and 13 Mississippi ministers – and the U.S. Fifth Circuit Court of Appeals refused to reconsider them.
LGBTI rights groups are already petitioning the U.S. Supreme Court to review the case.
Sarah Kate Ellis, the president of GLAAD (Gay and Lesbian Alliance Against Defamation), said in a statement that her group is working with local groups to fight the law.
‘America was founded on the freedom of religion and this shared value continues to be critical to our nation’s success, but it does not give people the right to impose their beliefs on others, to harm others, or to discriminate,’ Ellis said.
‘This law allows hotels, ER doctors, business owners and even pediatricians to legally deny services to hardworking LGBTQ families in Mississippi,’ Ellis continued, ‘despite the fact that such blatant discrimination flies in the face of Mississippi and American values.’
‘The fight is far from over and we stand with advocates in Mississippi who simply want to be treated equal to their coworkers, friends, and neighbors.’

Mississippi, with a population of about 3 million people, is home to 60,000 LGBTI adults and an estimated 11,400 transgender youth and adults, according to 2016 data published by the Williams Institute, an LGBTI think tank, at the University of California Los Angeles (UCLA) School of Law.
The state is also home to 3,500 same-sex couples, 29 percent of whom are raising children—the highest rate in the nation.
No statewide protections for LGBTI people exist in Mississippi, but the cities of Jackson (the state capital and largest city) and Bay St. Louis (a small city on the Gulf coast) do have LGBTI non-discrimination ordinances.
Before HB 1523 went into effect, Mississippi already had a religious freedom law that was signed by Governor Phil Bryant in 2014. However, that law did not specifically state that individuals could refuse services to LGBTI people like the new one does.
Read more at: Gay Star News.


Have you found the right one, or are you still searching?

Previous Post: Republican Congressman Whose Life Was Saved By Lesbian Cop To Speak At Anti-LGBTQ Convention Next Post: What Happened When I Reported Workplace Sexual Harassment Is Why People Choose To Stay Silent