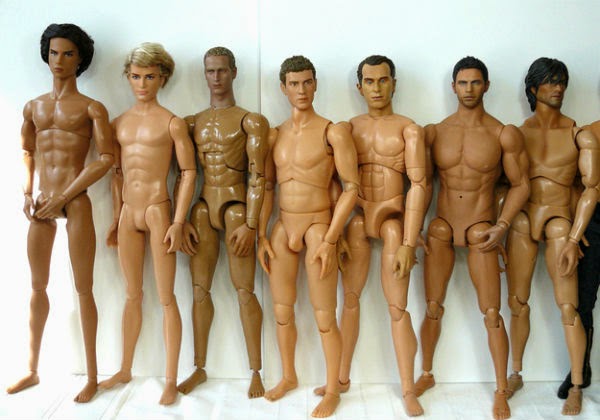 There is a problem arising in the gay community with our self-image. We are constantly ranked by our attractiveness everywhere we go. The gym, the supermarket, even the coffee shop. People underestimate the poison that these judgments give to other people. The next thing we know, we’re putting the bag of pretzels back on the shelf because they hot guy in aisle five gave us a look. Why do we give a F**k what people think of us?!
Our body image is everything and the need to please will never leave unless we see the need to breathe. (sounds like a Dr. Seuss rhyme, doesn’t it?)
For decades, gay men’s form of rebellion was wearing skimpy clothing and prancing around, showing as much skin as we can. There’s something about it that makes us feel free, since we’ve been so oppressed most of our lives. However now that society is gaining momentum in our acceptance, wearing rebellious clothes is no longer needed. Instead, we’ve taken that fashion and turned it into a class system based on type. How chiseled can you be?
“Oh – if you’re wearing a tank top and you don’t have a six pack, don’t bother…”
– Random gay guy on the street.
It’s absolutely nuts. In the ’70s, no one cared about body image. The sexiest thing in a man was confidence. Look at people like Paul Newman, Robert Redford, Burt Reynolds. At least these people had personalities. Their bodies weren’t the most amazing thing in the planet, but they had such confidence that made you look past all that. Guys nowadays are so into their bodies – every ripple, every angle – they have no idea how to hold a conversation. Now tell me people, why on earth would you want to be like that?
Your body image is only defined by YOU! Love yourself and realize how stupid the world is for not doing the same. Don’t let the world pass you by because you’re too busy worrying about the little droop under your chin. These things don’t matter. The best thing is that once you appreciate your body, you will start to see how ridiculous it all is. The people that judge aren’t judging you, but in fact they’re trying so hard to make others think that they’re better. It’s kind of pathetic.
You are unique. It’s not the world’s job to love you. I have always believed that you teach people how to treat you. Teach the world to give you respect and lead by example. They’re only going to follow you. Look in the mirror and love what you see, damn it! We’re stuck in this body for life – the least we can do is have a good time.
Life is the biggest lottery ticket in the universe. Just one sperm out of the millions made you. Think of the other “attempts” your parents had to conceive you. Now imagine their parents, and theirs, all the way back to the beginning of time – which ended up here. With you! There’s a reason why you’re here. Speak up for your own self. You are worthy because you were born. You’ve made it this far because you deserve it. And you’re going to thrive because you know you are.
Throw the tears away and dance.
Have you found the right one, or are you still searching?

Previous Post: Gay Advice: How to Meet New People Without Being Creepy Next Post: Sex on The First Date: Good or Bad Idea?