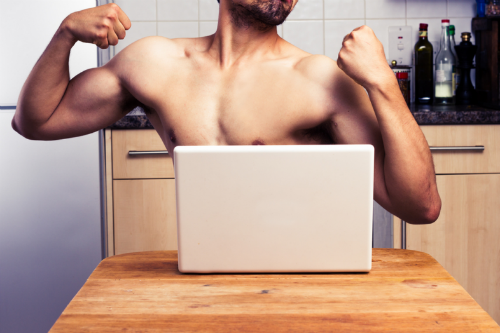 Uninsured Americans can now apply for free PrEP drugs through the federal government.

The Department of Health and Human Services Tuesday launched Ready, Set, PrEP, a national program to distribute medications used for pre-exposure prophylaxis, a strategy to prevent HIV-negative people from becoming infected with the virus.

Truvada and Descovy, both manufactured by Gilead Sciences, are the only drugs approved for use as PrEP. Gilead announced earlier this year that it would donate 2.4 million bottles of Truvada to 200,000 uninsured people each year for 11 years through a partnership with HHS and the Centers for Disease Control and Prevention.

HHS announced the details of applying for free PrEP drugs Tuesday. It has set up a new website, GetYourPrEP.com, and it will take applications there or at a toll-free phone number, (855) 447-8410. To qualify, a person must test negative for HIV, have a valid prescription for the medications, and not have prescription drug coverage.

Three major drugstore chains, Walgreens, Rite Aid, and CVS Health, have donated their prescribing services for the program, and they will have the medications available no later than March 30 of next year. They will also provide patient counseling services and promote adherence to the drug regimen — for maximum effectiveness, making it virtually impossible to acquire the virus, the medication must be taken daily. These companies have 21,000 locations throughout the nation, representing one-third of pharmacies in the U.S. They will fill prescriptions by mail order as well as in person.

Ready, Set, PrEP is part of the Trump administration’s Ending the HIV Epidemic plan, which aims to reduce the number of new HIV infections in the U.S. by 75 percent in five years and by 90 percent in 10 years.

“Ready, Set, PrEP is a historic expansion of access to HIV prevention medication and a major step forward in President Trump’s plan to end the HIV epidemic in America,” HHS Secretary Alex Azar said in a press release. “Thanks to Ready, Set, PrEP, thousands of Americans who are at risk for HIV will now be able to protect themselves and their communities. The Trump administration recognizes the vital role of prevention in ending the HIV epidemic in America, and connecting members of vulnerable communities to prevention services and medication is an important part of the president’s initiative.”

“PrEP is highly effective in preventing HIV infection when taken as directed,” added Assistant Secretary for Health Brett P. Giroir, MD. “It is a critical tool for ending the HIV epidemic, but to make an impact it has to be available for people who need it most. Ready, Set, PrEP will increase access to this effective and preventive drug for people at risk.”

The announcement of the distribution program comes even as the federal government is suing Gilead for patent infringement over PrEP. The government had issued $50 million in grants to researchers to develop PrEP. And despite officially holding the patent on preventive use of Truvada since 2015, it had struggled to reach a royalties agreement with Gilead, which has disputed the government’s patent claim.

Gilead earned $3 billion from sales of Truvada in 2018 — and none of that money had gone back to the taxpayer. The drug, despite being manufactured at a relatively low price, can cost a user up to $2,000 for one month’s supply. While Gilead does offer patient assistance programs, the price tag can be a deterrent for those at risk for HIV, including men who have sex with men, transgender women, young people, and people of color. When Gilead announced the donation, activists praised it but said it fell short of what was needed.

This year the Food and Drug Administration approved another Gilead drug, Descovy, for use as PrEP. Descovy may offer fewer side effects than Truvada. A generic version of Truvada is also expected to be available soon.