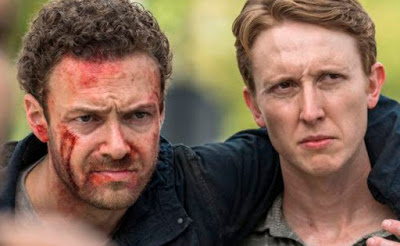 GLAAD’s latest ‘Where We Are On TV’ study found that LGBT characters are at a record high, but still lack diversity.

The number of LGBT characters depicted on television has reached an all time high, but still lack diversity, a new study has found.
GLAAD’s 22nd annual ‘Where We Are On TV’ report analyses the presence and diversity of characters on television including those that identify as LGBT.
The study found that 58 of the 901 (Around 6.4%) regular characters on television identified as LGBT. While the number seems low, it’s actually the highest percentage the organisation has found in the history of its study.
The report also identified an additional 28 recurring LGBT characters.
While progress has been made with the increased number of LGBT characters on TV, the report found that television lacks characters non-white representation, with around 77% of the 70 LGBT characters being white.
The report also found that only two characters were depicted as HIV-positive, a decrease from three last year. However, the study discovered that both cable and streaming included an asexual character.
In addition, 17 regular and recurring characters were revealed to be transgender, including nine transgender women, four transgender men and four who were non-binary.
GLAAD president and CEO Sarah Kate Ellis said: “As LGBT acceptance in government and the broader American culture reverses course, television is a critical home for LGBT stories and representation matters more than ever.”
Read more at: Attitude Magazine.
Have you found the right one, or are you still searching?