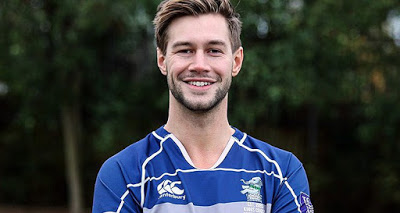 It’s time for gay men to stop tearing each other down, writes Alexis Caught.

In early 2016 I was at a house party, surrounded by clusters of friends, all of them chatting and laughing. As I moved from group to group, it became clear that each conversation was about someone else at the party, or people who hadn’t arrived yet – gossiping that the happy couple were secretly on the rocks, speculating that so-and-so with the new gym body must be on something, and rolling eyes in dismissal of someone’s promotion, (“It’s not like he’s at a good company”).

I felt on edge the whole night, uncomfortable and unhappy around people I had thought of as friends. When someone bailed early and offered to share an Uber home I jumped at their offer. “You just know they’re talking about us now,” remarked my travel companion as the car door closed, and in that moment I knew two things. He was right, and I needed to make a change.

Every celebrity has bemoaned the tabloid papers’ obsession with building people up and then cutting them down, and we Brits are known to exhibit ‘tall poppy syndrome’ – a tendency to discredit or disparage people in the public eye who have achieved success. But as gay men, are we guilty of taking this further? Of all too readily coming for one of our own, and taking them down a peg or two? For those on social media, how many times have you come across a Twitter thread where a group of friends are indulging in Mean Gay behaviour and publicly gossiping and disparaging others?

On her podcast, Call Your Girlfriend, the brilliant Ann Friedman referenced Shine Theory, and I knew I needed it in my life. Shine Theory highlights the importance of women supporting women, refusing to compete with one another, and instead celebrating their friends’ successes. In short, if your friends don’t shine, you don’t shine, and the brighter their light shines, the more that glow will reflect upon you.

Later that year, my rugby team, The Kings Cross Steelers, played in the Bingham Cup, an international rugby tournament for gay & inclusive teams the world over. And although at first we lost match after match, the camaraderie & post-match celebrations of each other’s efforts made me feel warm and lucky to be surrounded by such a strong and supportive group of gay men. We were shining so bright in our support of one another that it didn’t matter that we’d lost the match, because we’d lost together. Our knowledge of this pulled us closer, and eventually we turned it around and won.

In my teens and early twenties, I will freely admit, I was a mess of insecurities. When confronted with people more successful, more attractive, or smarter than me, my defence was to immediately dislike them for whatever reason I could think of, to diminish their success and the way it made me feel. Really, their only fault was that I perceived their success to be a magnifying lens, highlighting everything I was unhappy about in myself. It took coming to terms with my own strengths and weaknesses, becoming comfortable in my skin, to admit to myself the reason for my behaviour & change it.

Now, I’m proud to be cheerleader for my friends and to support all of their successes, big or small, because I know that this does not come at my expense. Yes, I may not have achieved that particular goal myself, or I may kick myself for not thinking of my genius friend’s idea first, but now they have, maybe I can learn from them.

It’s a tough world out there, let alone when you’re part of a minority, and I think we could all benefit from Shine theory and the team mentality – it doesn’t matter if it’s you who takes the ball across the line or not, because the team still gets the point, and that’s how the team wins.

So do yourself a favor; say goodbye to Mean Gays who don’t have your back. Become the biggest cheerleader for your friends, because when they shine, if you allow it to, their light will shine on you. It will highlight your brilliance and keep away the darkness.

Read more at: Attitude Magazine.
Have you found the right one, or are you still searching?