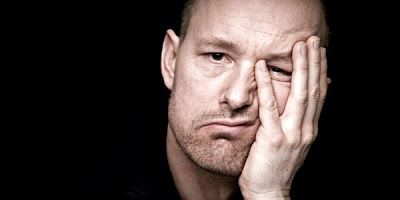 There is an epidemic happening in the gay community, and it’s called the Fear of Rejection. For some reason, single gay guys everywhere are becoming less confident about making the first move when they see an attractive man giving them the eye. But what truly is the cause?
For a lot of guys in the gay community, it’s hard to compete when there’s so many hot people around. Often times we think we’re not good enough or are afraid of embarrassing ourselves. After all, “keeping it cool” is a major strategy we use when trying to make a good impression. But the truth of the matter is, these fears are only imaginary voices inside our heads. Many times, they’ve been created by either our own insecurities or unfortunate incidents we have yet to heal from.
In order for you to rid yourself of this habit, it’s crucial to give yourself a life review. Go for a walk. Try to remember as far back as you can. Be the detective in tracking down the root of the cause. Once you’re staring at it directly in the face, it becomes much less existent in your life. Trust me, the first step is to find and uncover your own diagnosis. Here’s a few points that might help you along the way:
The “Voices” In Your Head
Insecurity and fear manifest themselves through voices in our head. “He’s totally out of my league” or “He probably has a boyfriend” or “He’d never be interested” or “What if he thinks I’m pathetic?” are all common statements we typically tell ourselves, either consciously or subconsciously.
Many times these voices feel different, sound different, and appear at different times. This is because they’re spawned from different memories within your life, and each circumstance you’re in is probably reflective of that associated trauma. Take it as a hint. Somewhere down the road, have you been tricked into thinking that most attractive guys are out of your league? Does something about this moment feel like déjà vu? Use this as an attempt to find the root of the problem.
These voices inside our head aren’t just holding us back from meeting a potential mate, they also can act as a great tool in deciding if someone’s worth the effort. Knowing that these voices are hidden insecurities and fear, imagine the feeling you get when someone is constantly saying to you, “You’re out of my league.” This, reversely, is how you would appear to them.
“Rejection” Doesn’t Mean You’re Not Good Enough
First of all, let’s stop saying the word “rejection.” The definition of such a word means that someone discards or throws away something that isn’t up to their standards. Overtime, this way of thinking is obviously going to affect our self-worth.
Just because someone says no or is distant from your flirting efforts does not mean that you’re ugly, unworthy, or not good enough. Think about the psychology of it all. People listen to their intuition when they make these kinds of decisions. When someone is obviously detached from making any connection, no matter how hard you think you need to try, it’s really all up to them. So really, it’s their issue. Not yours.
People nowadays aren’t open to find love and are even less open when the opportunity presents itself. Just because someone isn’t making themselves available does not mean it’s your fault. They’re obviously being held down by their own issues. Instead, see it as an opportunity to be proud of yourself for making the move.
Not Everyone You See Is Your Future Husband
Another reason why we tend to beat ourselves up is because we throw all our eggs in one basket. We get so anxious before approaching people that before we even know their name, we’re already picking wedding dates. It’s unlikely the person you approach is as perfect as you think. Remember, they also go to the bathroom just like you – and it’s not pretty.
When you’re not trying, you are less nervous and more able to be yourself. Insecurity is smelled in the air when you’re around more confident people. And simply due to the fact that you’re the one initiating the flirting, the person you’re talking to will naturally be “more confident” just because they have less pressure at that given moment. This makes your desperation more potent. Never let the fear of rejection overshadow your genuine self.
Have you found the right one, or are you still searching?