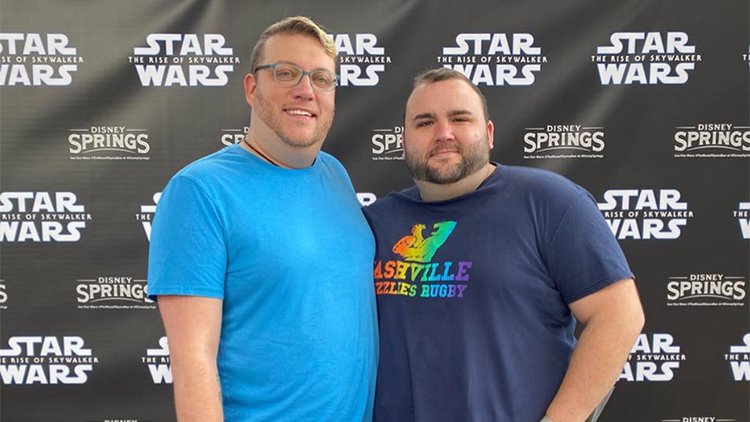 The Tennessee couple scheduled a tour — and then things got weird.

Like many newly engaged couples, Mike Gill and Coty Heaton began looking for the perfect wedding venue, and when they happened upon Barn in the Bend in Madison, Tenn., it seemed as though they had found it. That was until the owner discovered they are a same-sex couple.

When Gill initially reached out to the owner of the venue, Jackie Daniel, things went well and the couple set up a time to tour the location. Gill noticed that Daniel’s signature included the phrase “We offer same-sex marriage ceremonies only,” another sign that they had picked a great place to exchange vows. However, about an hour later, he received another email from the owner, only this time the signature was changed. Now it read: “We do not offer same-sex marriage ceremonies.”

Daniel had a follow-up question for the couple. “I am not sure but I believe I remember you calling me and I was on vacation last week,” she wrote. “Did you mention that your partner was a ‘he’? If I’m wrong, I’m sorry.” Daniel let them know that if this were the case, they would be unable to get married at Barn in the Bend and that she “didn’t want to waste his time,” clarifying that they “do not offer same-sex marriages here.”

Heaton shared his story on Facebook, where he referred to the owner as a “bigot.” In an interview with TMZ, he clarified that the couple doesn’t want anything from the venue, just to let other queer couples know they aren’t welcome there.

Friends, allies, and members of the LBGTQ+ community flooded the venue’s TripAdvisor and Yelp pages with one-star reviews in support of the couple. “They hatefully refused to support legal marriages between ALL Married couples who are AMERICAN CITIZEN,” wrote one reviewer. “Homophobia. Spend your money elsewhere. They don’t deserve anyone’s business. Even if you are not gay, I wouldn’t give this place a dime of your money. Nobody wants to sponsor hate and discrimination,” wrote another.

Gill and Heaton are currently on the lookout for a more inclusive venue for their big day.

Previous Post: Gay Dating After 60: How to Fall In Love Again Next Post: Atlanta Pride Cancels 2021 Festival and Parade