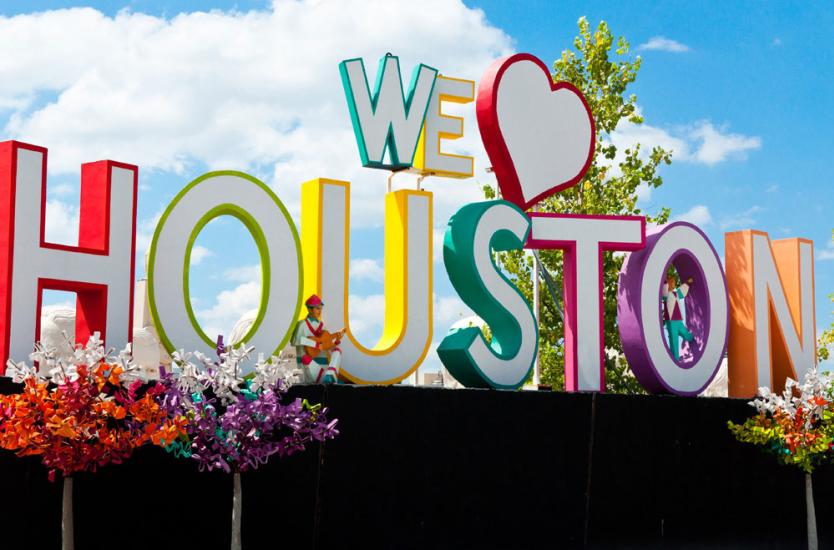 Your guide to the gay side of the Bayou City

A cosmopolitan city that blends Western and Southern heritage and style, Houston has been one of America’s great boomtowns of the past decade. Its once staid, business-oriented downtown has become a trendy district of restaurants, clubs, shops, condos and hip hotels, along with an architecturally stunning baseball stadium. Other central Houston neighborhoods, including gay-popular Montrose and up-and-coming Midtown, have also seen big changes for the better, helping turn the nation’s fourth-largest city into a lively and downright stylish getaway.

Houston acts as a cultural capital bridging the South and Southwest, with some of the best museums in the country. Cultural highlights include the Menil Collection, with works by Warhol, Leger, and Picasso in a space designed in 1987 by Renzo Piano. Within walking distance are the Menil’s Collection Cy Twombly Gallery, plus two independent facilities: the Rothko Chapel, which contains 14 large-scale Mark Rothko paintings commissioned for the chapel and a peaceful reflecting pool and plaza.

Many of the city’s engaging attractions lie in the Museum District, south of downtown, anchored by lush Hermann Park. Don’t miss the Museum of Fine Arts, with its concentration of Impressionists, as well as Italian and Spanish Renaissance, pieces. The Contemporary Arts Museum hosts reputable temporary exhibitions. And the city’s Holocaust Museum has changing exhibits (which sometimes touch on the persecution of gays and lesbians) as well as a permanent display that includes personal effects recovered from a Polish concentration camp. At the northern tip of Hermann Park lies the Houston Museum of Natural Science, one of the nation’s most-visited museums. Check out the Cockrell Butterfly Center, which has a 25,000-square-foot tropical rainforest complete with butterflies. (No joke: Spray Calvin Klein’s Obsession on your shoulder and the butterflies won’t leave you alone!)

Houston’s gay scene is centered in Montrose, an attractive neighborhood a couple of miles southwest of downtown, with a mix of early 20th-century homes and cottages and several newer pockets of condos and apartments. At the epicenter, where Westheimer Road crosses Montrose Boulevard, you’re within walking distance of countless gay bars and gay-friendly restaurants. As you head farther west along Westheimer, you’ll pass a number of antique shops and funky boutiques. Consider taking a break from shopping with a meal at the homey Empire Cafe, which is set inside a converted vintage service station and offers splendid pizza, hearty frittatas and such breakfast treats as hot polenta with honey-cream and toasted almonds. Another excellent nearby option is Diedrich Coffee-house, a spacious cafe with sunny seating areas and a shaded patio. For stellar, upscale regional Mexican cuisine, book a table at the hip and high-ceilinged restaurant Hugo’s.

Steps from the Montrose bar strip, Baba Yega sprawls with sunny dining rooms and shaded decks, which are constantly abuzz with chatter and gossip. Decent burgers, many veggie items, and other light dishes are served. Barnaby’s is a down-home diner with a huge gay following and consistently good, filling fare. And Katz’s Deli serves astonishingly large sandwiches, savory soups and heavenly cheesecakes in a handsome dining room that’s open ’round the clock.

While Montrose has plenty of great gay-popular eateries, downtown Houston is where a number of top chefs are operating these days. Among the neighborhood’s most acclaimed dining options, The Grove serves exquisite American Rustic cuisine in a sexy environment; and Line & Lariat (at the Hotel Icon) presents vibrant seafood dishes. Between downtown and Montrose, the city’s Midtown neighborhood has one of the hottest real estate markets in the country, as this once virtually deserted area booms with new condos and town homes.

Houston has a tremendous number of gay bar and clubs. Here are some of the more popular options: JR’s—like its sister bars in Dallas and Denver—is a quintessential stand-and-model bar with attractive Southwestern-inspired decor and fabulous patio. Nearly next door, Blue Bar is a large new space with a packed dance floor and big patio. The Montrose Mining Co. draws a mix of bears, Levi’s-and-leather guys, and regular Joes into its dark and cruisy confines. And South Beach is the favorite warehouse-style dance club in the heart of Montrose, with dancing and music into the wee hours. Also pulsing nearly all night long, Rich’s is an industrial-looking downtown dance club.

Guava Lamp has live entertainment some nights, great martinis, an array of video screens and music at decibels that allow conversation (and, of course, cruising). Regulars at Club 1415, a laid-back dance bar, love to mingle on the spacious patio.

Houston’s hotel scene has truly blossomed in recent years. A long time favorite is the Houstonian Hotel Club & Spa, an opulent old-world property in the upscale Post Oak section of the city. Out towards the ritzy Galleria Mall, the trendy Hotel Derek is a super-sleek property done in bold colors with dramatic contemporary furniture. Among downtown properties, the swanky Hotel Icon occupies the historic Union National Bank Building. The stunning rooms in this boutique property have the ambiance of a decadent Parisian flat, with vibrant red drapes, plush bedding and high-end toiletries. Although not especially gay, the restaurant’s uber-cool Whiskey Bar is a favorite downtown spot for cocktails—even if you’re not staying at the hotel, consider having martinis here, as you observe the dramatic renaissance that is downtown Houston.

Houston, Texas is the 4th largest city in the country and is a diverse area brimming with gay-friendly nightlife, dining, hotels, events, and festivals. If you’re planning on meeting hot guys this weekend around Houston, make sure to download our favorite gay dating apps like Gay Dating Solutions and My Gay Match.