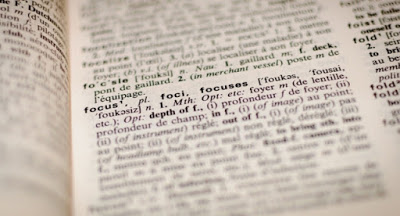 Like any community, the LGBT world is full of terminology, phrases, slang, acronyms and abbreviations – and it’s not always obvious what something means at first glance.

That’s where the PinkNews Ultimate LGBT Glossary comes in. We’ve attempted to gather simple definitions for every essential LGBT+ term right here in one place. So bookmark it now. ﻿
In some cases, we’ve offered more in-depth explainers, so if you’re interested, click the terms in pink for a little more.
If there’s something we’ve missed out, pop a note in the comments box and we’ll get that sorted.

Camp
A term used to describe someone with an eccentric, theatrical and effeminate manner. Often used to describe flamboyant gay men.
Chemsex
Sexual encounters fuelled by drugs, often methamphetamine (speed) or mephedrone (M-CAT). Often referring to group sex, typically in gay or bisexual circles.
Cis aka Cisgender
A person whose gender identity corresponds with their assigned sex. Contrasting with trans.
Cishet
A person who is both cisgender and heterosexual.
Closet or closeted
A gay or bisexual person who has not yet come out is said to be “in the closet”. Often used offensively.
Coming out
When an LGBT person either identifies or comes to accept their own sexual orientation or gender identity, or the process of telling other people about their orientation or identity. Contrast with outing.
Conversion Therapy
Attempts to change people’s sexual orientation or gender identity in order to make them heterosexual or cisgender. Disavowed and considered an abusive practise by every global medical authority, but still often practised by faith groups and unlicensed therapists.
Cottaging
Gay men engaging in sex acts in a public toilet.
Criminal Justice and Public Order Act (1994)
The UK Act of Parliament that lowered the age of consent for gay sex from 21 to 18 – still two years older than heterosexual sex.
Cross-dressing
Wearing clothes typically associated with another sex, for any reason.
Cruising
Looking for sex partners in public places, typically by gay men.
Read more at: PinkNews.
Have you found the right one, or are you still searching?