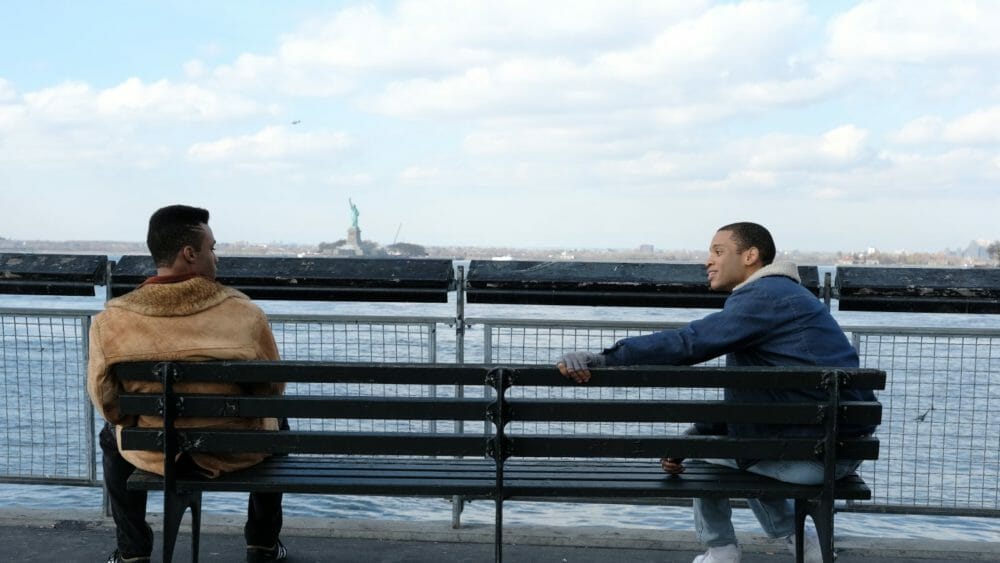 Introducing Queerty’s Lamar Dawson, who will pen a regular column called “The Broken Hearts Club,” exploring how gay men navigate dating, family, friendships, and self-acceptance through a pop culture lens. The column name is an homage to Greg Berlanti‘s 2000 film by the same name, a loving look at a group of gay friends in Los Angeles.

In its first season, FX’s groundbreaking drama Pose captured and presented something that’s seldom seen in mainstream media—black same-sex love. The season has ended, but for me and my friends’ images of the relationship live on in our hearts and minds.

In between fierce ballroom competitions, harsh reminders of the AIDS crisis, and quotable shade throwing performed by the largest cast of trans actors ever, Ryan Murphy, Brad Falchuk, and Steven Canals’ work is also revolutionary for giving queer black viewers a chance to finally see themselves in joy and in love with other queer black people.

Let’s just pause right there. When was the last time you saw two black gay guys on a date in mainstream film or TV? Someone let me know because I can’t think of an example. Noah’s Arc a decade ago?

Anyway, the gay black boys go on a date and nothing exciting happens, but the simple fact that it’s even happening is exciting. They are clumsy and nervous and sweet and awkward, but most importantly, they are carefree. And then they go to the ballet together! I didn’t know we could do that until I was in my mid-20s! They fight and make up, have sex for the first time, and even work through an HIV scare. OMG! It’s just like real life. But a gay black kid wouldn’t know to find a relationship with someone who looks like them was even possible if his only representation of queer love comes from media. 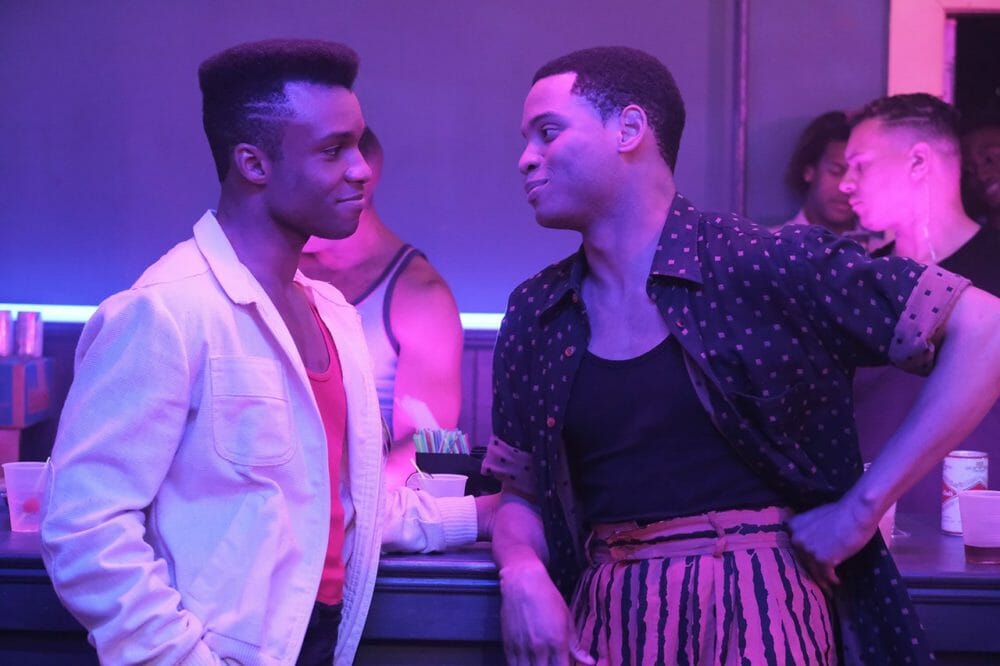 “As a child, I thought all gay people were white,” Jordan writes. “I spent most of my teenage years believing that love between two black men wasn’t even possible. How can you believe in something you’ve never seen?”

Up until now we’ve really only seen black queer characters’ romantic lives tied to their proximity to a white gay lead, such as Taye Diggs’ James on Will & Grace back in the day or more recently, Keiynan Lonsdale’s Bram in Love, Simon who even asks Simon when the two finally meet after weeks of communicating anonymously, “Are you disappointed that it’s me?”

(Sidebar: I always imagine an alternate ending where Simon actually says: “Yes. I’m not racist, but I’m just not into black guys. Sorry. Just a preference.”)

And last year Star Trek made history with characters, Lt. Stamets (played by Anthony Rapp) and Dr. Hugh Culber (Wilson Cruz), locking lips for the first time in the show’s history. Cruz is Latino, but it’s another example of queer people of color finding love, but with a white guy.

Each week, I watch Pose with my entourage of gay black male friends. In this same circle, we discuss our challenges dating in the gay community and the trauma and torture of sifting through racist responses on dating apps and requests to fulfill fantasies of being with a black guy. And then we see Ricky and Damon and think maybe we can have a love story like theirs—even with its imperfections and HIV scares. At least it’s ours!

Listen, I’m all about two people loving (or just lusting) each other regardless of their race (Lord knows I have), but it’s also vital for LGBTQ people of color to see themselves through positive, multi-dimensional characters in love reflected back on screen—and Pos is leading that charge. And now that the show has been renewed for a sophomore season, we can look forward to seeing two black gay guys trying to figure out what it means to have intimate feelings for one another beyond “Sup? Looking?”

Hopefully, I learn a thing or two, too.

Previous Post: This Texas Church And Its Members Offered Free ‘Mom Hugs’ at Austin Pride Next Post: How Accessible is PReP in America, Anyway?