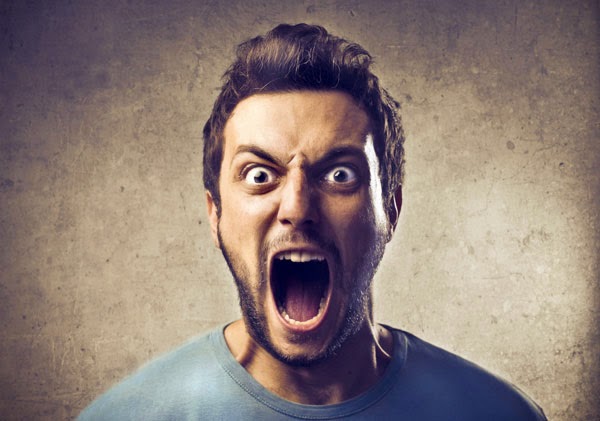 We’ve all date Jerks in our lives. I know I’ve dated plenty. If I had a nickel for every idiot I dated, I could buy and sell a Starbucks franchise. But the thing is if we hadn’t dated these types of men, we might never know the real gems when we see them. So in a way I have them to thank. But first, you need to recognize the behavior when you see it. All it takes is for you to open up your eyes.
1) He doesn’t know what fair and balanced means.
In a healthy relationship, your partner should balance you out. When you cook, he cleans; when you drive, he navigates; and so on. There are men out there who expect you to do everything, or, they’ll do a tiny bit and expect you to finish while he gets the credit. No way in hell is this ever going to make you happy. Look at the signs early on because they tend to appear within the first couple months. Once you see them, kick his ass to the curb.
2) He changes the subject, a lot.
Just when you’re starting to open up about something personal, he changes the topic to something more uplifting and, surprise surprise, about his tribulations rather than yours. When your man does this over and over again, it’s clear he doesn’t care about your feelings nor does he consider your plight of any importance. This is a huge reflection on the kind of man he is.
3) He pressures you into doing things you don’t want to do.
Never in any circumstance is this okay. Not only is he refusing to hear you, but he’s also trying to control your life choices. I’m not saying you shouldn’t adventure and be more loosey goosey when it comes to new things, but it always should come from you. Don’t ever do something because you’re pressured or guilted into it.
4) He’s always annoyed by you.
You feel the energy he gives off and for whatever reason, you always seem to be at the center of it. You’re the punching bag, either emotionally, verbally, or physically. Who wants to date a man who is constantly annoyed by them? A weak-minded person would try and change himself for his boyfriend, but not you. You’re strong and you’re smarter than that. It’s time to put his misery out to the street. He doesn’t like how you live your life? Then he can gladly walk out of it so you can find someone who appreciates you for all your quirks.
5) He flirts with other guys in front of you.
I once dated a guy who would not only flirt with other guys in front of me, but buy them drinks! Yes… buy them drinks! Never ever make yourself so low as to becoming second-best when you’re on a freaking date. It’s not the time to try and “compete” with the stranger at the bar. This should be your time together. Put a stop to it and make sure he knows how serious you are. Trust me, he’s never going to stop.
6) He likes making you uncomfortable.
If his sense of humor is to make you uncomfortable as possible, there’s no way in hell he has your well-being in mind. My ex used to pretend to take his hands off the wheel while he was driving just to piss me off (my best friend died in a car accident a few years prior, and he knew it). Things like this aren’t funny – they’re asshole behavior. Open your eyes to it!
7) He never has your back.
This is a hard one to spot because you’re always easy to jump to conclusions. But most of the time if he refuses to defend you in public, chances are he’s definitely not going to do it in private. If you’ve heard multiple times from your buddies that he never stood up for you when someone was bashing you, it’s time to see where his loyalty lies.
8) It’s always your fault.
He refuses to take the blame for something, so instead he puts the spotlight on you because he knows you won’t say anything to defend yourself. Wrong! See through the lines, my dear. A man who is too scared to take the blow for something he did isn’t a man at all. He’s a coward.
9) He belittles you.
It’s hard to spot belittling behavior sometimes. We all want to be that guy who can laugh at himself, but there’s a difference between laughing at spontaneity and laughing with a bully. Your man should never belittle your job, your clothes, your interests, your family, or you as a person. If anything, he should highlight it.
10) There’s always tension & you never know why.
Nothing is more uncomfortable than unspoken tension. You never know why but you both know it’s there. If you ask me, my spiritual advice would be that your energy is clearly rejecting each other. There’s a different between awkwardness and tension. Awkwardness is bound to happen, but weird unexplained tension is your conscience telling you that there is no bond. Listen to it.
Have you found the right one, or are you still searching?