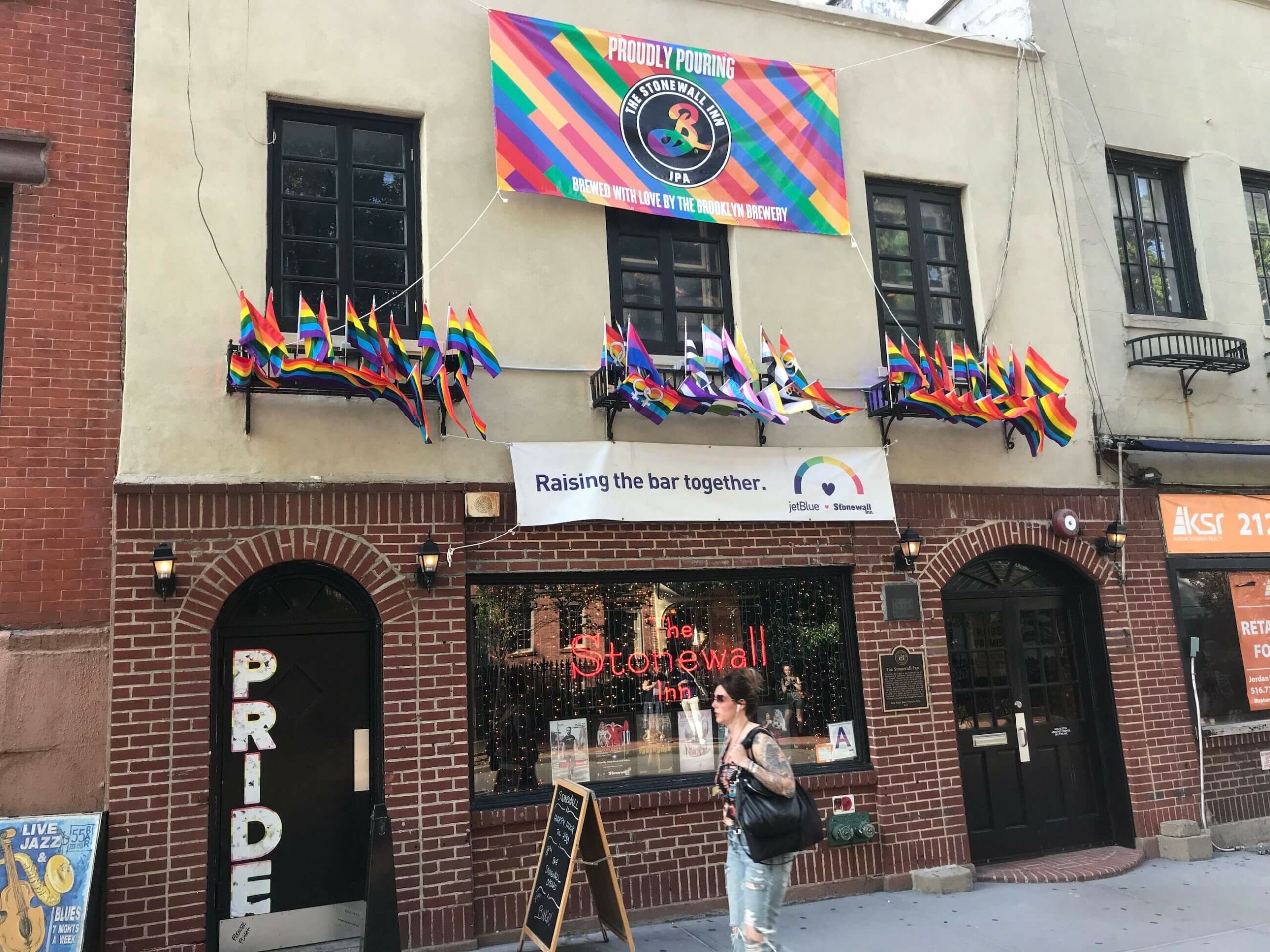 New Yorkers can take advantage of the remaining weeks of summer at events across the city — including queer parties, audio exhibits, and more. Keep in mind that many venues require proof of vaccination. Check out some of the events coming up from August 25 to September 8.

Watch a lineup of LGBTQ and women comics as they perform at a special indoor comedy event. Tickets are free and can be purchased on Eventbrite.

Where: 275 West 22nd Street in Manhattan

Barracuda bar is hosting Star Trek viewing parties every Saturday through October. Get 2-for-1 drinks and enjoy trivia, special performances, prizes, and giveaways.

Queer New Yorkers can come together with their friends and neighbors for an afternoon of cocktails, food, and refreshing music from DJ Belinda Becker. Tickets are $15 on Eventbrite and attendees will receive a free cocktail. Proof of vaccination is required.

Visitors can explore New York’s queer history through a free walking tour in Manhattan. Attendees can register on Eventbrite.

Where: Queen at 247 Starr Street, Brooklyn

Join drag performers at Queen for an extra side of laughs, food, and cocktails in Bushwick. There will be live DJ beats and performances by Pixel the Drag Jester, Nikita Sins (Pole Champion Blaine Petrovia) and others. Tickets start at $40 and can be purchased on Eventbrite. Every table includes one free drink per person. The bottomless mimosa and brunch option is sold separately.

Queer and transgender communities of color can gather for a night of playing cards and music led by DJ Neesh Black. Attendees can wear jerseys and sneakers, but those are not required. Tickets are donation-based and can be purchased on Eventbrite.

Where: The Living Gallery, 1094 Broadway, Brooklyn

Bridges4Life, an LGBTQ organization, and Smear Campaign, an interactive media collective, is hosting an interactive audio exhibit featuring the voices of the transgender and gender-non-conforming sex worker community. Tickets cost $20 and can be purchased on Eventbrite.

Non-binary performer Euro Trilll will be leading a punk rager at 3 Dollar Bill in Brooklyn. Tickets start at $10 and can be purchased on Eventbrite.

LGBTQ folks can check out this backyard mixer featuring gender-affirming haircuts for $20, games, speed dating, T-shirt painting, and other activities, along with a book and clothing swap. Visitors must make reservations and show proof of vaccination. Tickets are $2-$7 and can be purchased on Eventbrite.

Where: Boxers Chelsea at 37 West 20th Street in Manhattan

Dress in white and head to Boxers’ Chelsea location for Viva La Vida Saturdays with DJ Alex and a show by Egypt.

The SPCC Project, an organization that grew out of the pandemic, is debuting its first competition for women and non-binary skateboarders. Sessions are open to skaters of all ages and skill levels. Skateboarders can register for free on Eventbrite.

The LGBTQ dance party “Misster” at The Woods is back after a year-long hiatus due to the ongoing COVID-19 pandemic. Attendees can get ready for tarot and some of the hottest mixes. There is no cover, but proof of vaccination is required.

Previous Post: This Gay Man is Trying To Break Into a Different Kind of Drag Racing Next Post: Almost Half Say They Wouldn’t Be Comfortable With HIV+ Barber