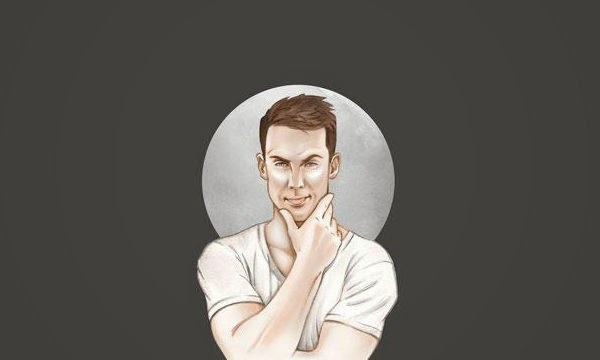 Are you confused why the men in your life always seem to want to stay single? Don’t let those romance movies fool you, ladies and gentleman. Being single definitely has its virtues … provided being single is your goal. I believe one of the greatest joys in life is falling in love—whether that love involves falling in love with another human being, a career, a beautiful piece of art, or even a tasty culinary delight that causes an orgasm in your mouth.
Falling in love rocks AND … it can also suck.
I’ve found that for many gay men, thinking that love sucks is what keeps them from going for the “L” word in their quest for happiness. Honestly speaking, most gay guys fear love sucking and worry they’ll have to give up the recreational sport of sucking in order to find true love.
Truth is, falling in love doesn’t stop life from sucking, nor does it mean a gay man’s oral skills need to suffer or go out of style. Ironically, gay men, like heterosexuals and lesbians, have reasons why they prefer to stay single. Notice I didn’t qualify the word reasons with any superlatives (like “good” or “bad”); I simply stated that gay men have reasons they prefer to stay single.
How do I know this is true?
As you might have guessed, reason 3 birthed this article—partially to humor others besides myself, and also to shine a light on how similar gay men are to the rest of the world, even if the rest of the world won’t admit it.
So, here are 20 reasons gay men prefer to stay single (in no particular order of preference):
As silly as some of these sound, you have to admit they’re not all that far-fetched. In fact, not one of these actually is gay exclusive. Each and every scenario quoted can overlay any relationship under the spectrum of sexuality and sexual orientation. It just so happens that gay men (bravo, bravo, bravo!) aren’t afraid to speak their truth … for the most part.
Of course, the ironic juxtaposition that often occurs with gay men, as it does for most everyone on the planet, is talking out of both sides of our mouths. I want to live the single life, but sure wish I had a relationship. To that I say, make up your mind and mean what you say.
Have you found the right one, or are you still searching?