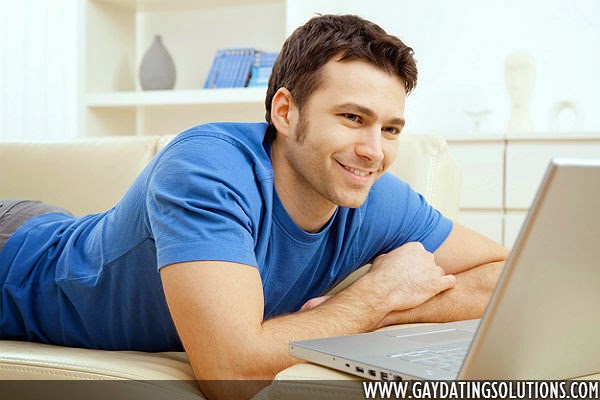 Gay dating websites can be an awesome way to connect but can also be a real drag. Messages go unanswered, hours seem wasted scrolling through endless profiles and something that’s supposed to hook you up leaves you feeling as isolated as ever. But the problem can be easier to solve than you think.
It might seem annoying to work on your profile, but imagine it from your potential suitors’ perspective. What you say in your profile, and more importantly how you say it, are all anyone has to go off of. And the photos you choose may seem trivial, but they matter more than anything.
Here are some tips for a great online profile, and to get your dating life kicked into gear, Gay Dating Solutions is offering a free 6 month promotion ABSOLUTELY no strings, request for credit card numbers, etc…it is the only site that is truly free to join!
1. Put your best face(s) forward
Imagine you aren’t you. Take a look at your dating profile’s photos and ask yourself, “Would I date him?” It’s an awkward and mildly narcissistic query, but your photos should communicate two clear messages: “I am a real person,” and “I have a personality.”
If you really want to dive into the data, people with four or more photos have the best online dating experience. Also, choose a main photo that’s a medium shot (not quite a close-up) and features the left side of your face. Yes, really.
2. Leave your friends out of it
It’s tempting to include photos of you with your friends at a bar. We get it — you’re socially well-adjusted and the life of the party. But these can be problematic. A photo of you surrounded by a bunch of cute guys isn’t the most approachable, and it can even be confusing which one is actually you.
3. To selfie or not to selfie?
Let’s say you have four photos on your profile. At least two of them shouldn’t be selfies. Try using photos of you in your element, whatever your element may be. Enjoy hiking? Next time you and a friend hit the trails, ask them to help you with a little photo shoot. A shirtless picture of you on a mountaintop is infinitely more attractive than a shirtless picture of you in a bathroom mirror.
4. Tell people what you’re into, not what you aren’t into
“I take care of my body and am looking for someone who enjoys staying fit,” sounds a whole lot better than “not into fat guys.” You’ll get better results staying positive than you will by putting other people down. Avoid phrases like “masc only” or racial boundaries. You may think you’re just being honest, but it makes you sound like a total jerk. Nobody wants to date a jerk.
5. Avoid cliches
Not into “drama”? That’s great, nobody would ever say otherwise. Do you enjoy “movies and music”? Congratulations, you are a human being. Instead of spouting off these phrases that really don’t mean anything, try getting more specific. “I love Wes Anderson films and can’t get enough of Cher.” OK, now we know something about you.
The same goes for how you message people. “Hey” and “What’s up?” are two surefire ways of not getting replied to. Take 30 seconds to actually read the other person’s profile and comment on something specific. Even a cheesy joke can go a long way. “If you were a tropical fruit, you’d be a Fine-apple!” At least it’s memorable.
Have you found the right one, or are you still searching?