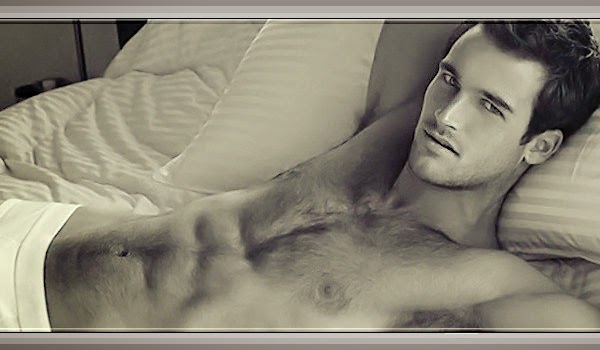 I have to say it’s rare for me not have sex on the first date, though it does happen from time to time. I’m still unsure why. Perhaps it’s rare for me to meet a man I connect with on a level beyond sex, which usually makes me want to wait. Whatever it is, I’m finding it harder and harder to keep my chastity belt tightened. I can’t help but wonder if it’s because men in general love sex or if it’s because gay men as a whole have come to expect it.
We put a lot of pressure on ourselves to look good, feel good, and be good at everything. When it comes to love and romance, there’s tremendous pressure to make a good impression the first time out.
I don’t know about you, but sex is no longer a taboo topic for me. I can’t tell you how many friends try to shock me with raunchy sex talk. They expect me to be frazzled, when, really, it’s not a big deal. Now that Grindr and other online sites try to make casual encounters convenient, sex is at the forefront of our minds and it often never leaves. There’s always going to be consequences when sex becomes expected. Are we slowly desensitizing ourselves from allowing an emotional connection to ripen?
We’ve become victims of our own success. Telling a gay guy to wait until the second, third, even fourth date is like throwing a ball to a cocker spaniel and not expecting him to fetch. Where did this pressure come from? In many ways we’re answering our own biological need for it, but at the same time there are huge social expectations rooted from countless of stereotypes the gay community has fallen victim to within the last few decades. Choosing to wait until the time is right is no longer respectable, but weird.
Sex is a way of getting the questions out of the way. We’re on a date with a man and before we find out if we’re emotionally compatible, we need to know if we’re sexually compatible. What would be the worst thing to happen if everyone decides to not give in to the pressure for once? My guess is the person we’re on a date with will take it personally. He’ll likely feel that it’s his fault we didn’t want to have sex, that he’s not attractive enough, or that perhaps the date didn’t go as well as he thought. Why? Because we’ve associated sex with validation.
Sex has turned into an acknowledgment of our worth. It’s as if our opinion is totally left out of the equation. Being denied sex is more traumatic to our ego than almost anything in the world because our culture has turned it into value. If no sex happens at the end of the first date, we end up convincing ourselves it’s because we don’t deserve it. You might think I’m being dramatic, but trust me, there are plenty of guys who think this way. And it’s not their fault.
At the end of the day, we’re all adults. No one is in control of our bodies and to hell with anyone who thinks they are. We should never feel obligated to have sex with anyone because we think it’s expected. You might not believe me, but a man with self-control is way sexier than a man with none. When push comes to shove, it’s not the sex that gets you a second date – it’s the passion behind it.
Have you found the right one, or are you still searching?

Previous Post: It’s Time To Break Up: 10 Warning Signs You Shouldn’t Ignore To Top Next Post: The Dos and Don’ts of Online Dating