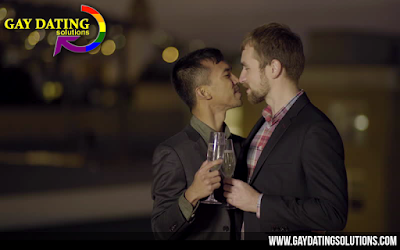 Let’s face it, when it comes to meeting the next Mr. Right, we could all do with a little help. Here are seven things to keep in mind next time you’re out on a date:

Without getting too Sir Lancelot about things, a little dating etiquette goes a long way. If he looks nice, tell him that. Be a gentleman – but play it by ear and don’t go too overboard. Also, make sure you remember his eye color (trust us on this one) and when you’re comfortable, maybe test the waters by leaning in a little closer as he speaks – if he backs away, well, it’s probably not going well.

Everyone’s nervous on a first date, but there’s nothing more attractive than a bit of self-confidence. When it comes to conversation, stay in your comfort zone by coming up with a few topics that you can talk about easily so you’re not out of your depth too early. But it’s a delicate balance – no one wants to be the guy who bangs on about his comic book collection all night, or what a pro his is on the bench press. If in doubt, ask your date about themselves and go from there.
It sounds simple, but choosing someone with similar interests is a big plus. Just be yourself and don’t try to force it.

Drinks are fine for a first date. After all, no one wants to sit through the seven-course degustation with someone you’ve only just met – especially if you both realize it’s not going to work after the entrees appear. Also, if it’s a first outing, maybe head to a bar you’ve been to before – you’ll at least know your way there, and it’s one less thing you have to worry about. But avoid just heading to your local watering hole – it’s obvious if you’ve chosen somewhere that’s just around the corner from your pad. Try for something that’s convenient for both of you to get to.
It’s perfectly ok to keep first or second dates to weeknights, but anything after the third outing together should be at the weekend. Otherwise, they’re going to wonder what you’re doing that’s so much more interesting than them. Or, worse, who.

Your first date is a great opportunity to show him what you’re made of. And trust us, first impressions count for a lot. If you look like you’ve just stepped out of bed, your date is going to think you don’t really care. Get your hair cut, maybe invest in a new outfit, and check your teeth and nails are looking presentable. Plan to arrive a little early, so you’re not flustered when you walk in the door and you’ve got a bit of time to give yourself the quick once-over in the bathroom mirror.
When it comes time to order, play it fairly safe by avoiding anything you’ve never tried before or that’s tricky to eat. As a general rule, if it involves a bib, best to steer well clear. If you’re no wine boffin, go with the most recent vintage white, or drink pinot if you want red because it suits more food than not.

Remember, when you’re on a date with someone, they should be the center of your attention. Ask them about themselves and pay attention to their answers. And don’t try to get a sneaky look at your watch or phone – and that hot guy sitting at the bar who you just checked out? Yep, they saw that, too.
Have you found the right one, or are you still searching?