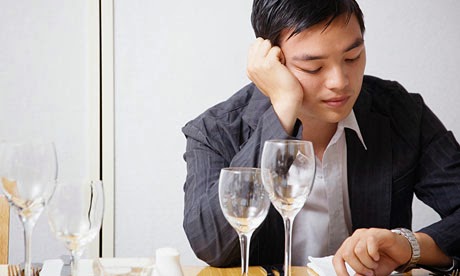 Some fairy tales are only meant to be in books.
I’m starting to think that most single gay men truly believe their prince is on his way. I hate to be a cynical asshole, but when it comes to life, I believe that waiting is wasting. Life isn’t a cliché Disney movie: a perfect guy surprisingly drops in and saves you from undying loneliness. In reality, it’s probably more of a PG-13 romantic comedy: Boy meets boy, boy likes boy, there’s conflict, but eventually they realize they’re better off together than separate.
I hope this message goes out to all the single gay men who believe their time is running out. Love isn’t something that goes away. It’s directly in front of our faces but it’s up to us to reach out and grab it because, trust me, it won’t grab us unless we allow it to. If you live your life like a princess waiting to be rescued, you’re going to be waiting a long, long time. Life is supposed to be lived and enjoyed, and no one will see a fantasy come true without making a bit of effort first.
If someone told you they were waiting for a perfect job to land in their lap, yet, they haven’t made any effort to go searching for one, what will you tell them? If someone told you they were hoping they’d be a great singer, yet, they never practice, do you think they’ll ever achieve it? If someone told you they wanted a boyfriend, yet, they don’t give themselves opportunities to meet people or even bother, would you think they’re living a pipe dream?
Don’t get me wrong. I’m a huge fan of pipe dreams. They keep us going in life because they fill us with hope, but at some point or another we have to ask ourselves how much effort we’re putting into it. The universe works through cause and effect. You can’t say you want to change the world then go in the kitchen and make a sandwich. If you’re spending all day waiting for a man to rescue you, you’re actually doing the opposite of what you want. The prince won’t come unless there’s an opportunity to come, which starts with YOU.
A man isn’t going to slay dragons, fight trolls, climb mountains, and travel great distances only to realize that his efforts weren’t reciprocated. He’s human too, you know. When he feels like there’s no chance at winning, he probably won’t bother. There’s no point in approaching someone who only wants to be rescued. This is what the modern world is nowadays – You need to rescue each other.
Everyone meets the love of their life in different ways. Some might believe their prince did come in on a white horse and rescue them from their tower, but, theoretically speaking, a prince doesn’t just happen to walk into a tower without knowing about it first. The part that’s left out of the story is the section where the princess is seen by Prince Charming in her tower window or that she let down her hair for him to climb, without which the prince would never have been able to rescue her in the first place.
But enough about these fairy tale analogies, this is real life. In life, there are two heroes, and they save each other. It’s almost impossible to be saved unless you call for help. In this case, the “help” is merely a duck call. The more we wait the more we waste. No prince has ever gone out on a stroll, randomly came across a tower and assumed there was someone in there waiting to be rescued. You want to find love? Stop waiting and start exploring the kingdom because, trust me, there are plenty of would-be princes searching for you. That’s a better way to spend your time.
Have you found the right one, or are you still searching?
Join a gay dating site where you can meet single guys from any town or city. Rely instead on Gay Dating Solutions to do the work for you!
Don’t get fooled by FREE offers made by other sites. Gay Dating Solutions is offering a free 6 month promotion ABSOLUTELY no strings, request for credit card numbers, etc…it is the only site that is truly free to join!
Sign-up now: www.gaydatingsolutions.com
Like us on Facebook: www.facebook.com/GayDating101
Tweet us: twitter.com/GayDating101