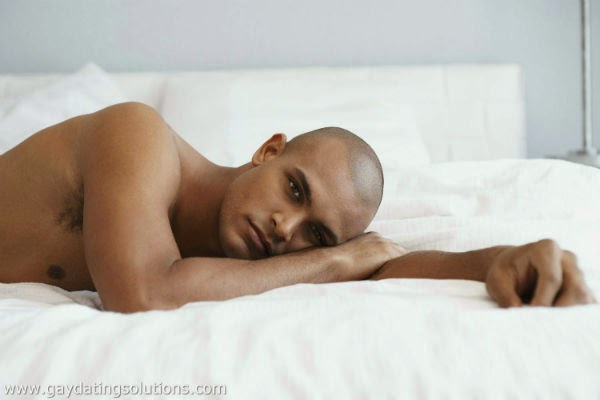 Bette Davis used to say, “Getting older ain’t for sissies.”

Amen! Neither is dating at midlife — especially if you’re a gay man.

Whether you’re single again after the end of a long-term relationship or you’ve been around the block a few times still on the hunt for Mr. Right, gay dating isn’t easy.

No matter what your age, focus on being your best self when dating.

But don’t let that be your excuse for sitting home on Saturday night watching reruns of The Golden Girls.

There definitely is a learning curve to dating after 40.  My gay friends say that Gay dating is not like It used to be especially now that we are all older.
The dating pool has never been more interesting and challenging.

Sooner or later­ if you truly desire a relationship ­ you must jump in the dating pool and make it a big splash. You can join several gay dating apps like Grindr, Scruff and Tinder. Or try newer premier sites like Gay Dating Solutions and My Gay Match.

My Gay Match is a new gay dating site that focuses on matching gay men not only on demographic information but a unique personality measure developed by a psychologist. All members are personally confirmed and carefully screened by their staff to prove that they are real. If you’re looking to find a warm and meaningful connection with interesting and caring singles ages 40-59 this is the site for you. The gay dating website is currently offering a free 30-day trial.

BASED ON MY EXPERIENCES, I HAVE FOUND SOME TRUTHS ABOUT GAY DATING OVER 40:

I’ve also accepted that sometimes I would meet someone who just not that into me.

Clues that he isn’t that into you:

You’re never too old to find love, but that’s not a message gay men hear very often. Why? After years of “working on ourselves” and fighting social prejudice to gain self-esteem, many of us struggle to keep it. The hurdle this time? The gay community’s — OK, let’s get real, mostly the gay male community’s — ageism.

Worried you aren’t good-looking enough anymore? Who’d want you when there’s some 30-year-old hottie turning everyone’s heads at the gym? Don’t even let yourself go there. Focus instead on being your best self, no matter what your age. And remember that the most important characteristics — loyalty, humor, intelligence and compassion — are ageless.

Give up wishing you could turn back time. Give up trying to be perfect, too, especially if that’s a code word for “young.” Yes, it’s important to take care of your body and your health, but no need to obsess. Instead of trying to be 25 again, get comfortable in your skin. Feel good about your body. That way, when someone touches you, they’ll really feel you, and not a bundle of self-critical tension. Think more about keeping a sparkle in your eyes and less on fighting the fine lines around them.

Check out sites such as Match.com, OkCupid or My Gay Match that can help you find long-term relationships versus flings or hookups. Then create a profile that reflects who are you, what you want and includes recent photos. Don’t post the online profile of Dorian Gray by showing off your shiny youth. When it comes to truth in advertising, it’s one thing to shave a couple of years off. It’s another to leave out an entire decade! If you want a real relationship, then be real. Lying raises a serious red flag. Your date will wonder, “If he’s not honest about his age, what other lies is he telling?”

Don’t settle for anything less than chemistry, shared values/lifestyle/goals, trust, and a growing and abiding friendship.

Especially at this stage of life, why would you want a relationship that doesn’t bring you happiness? I can think of something far worse than being single, gay and older. Being coupled, gay and unhappy.