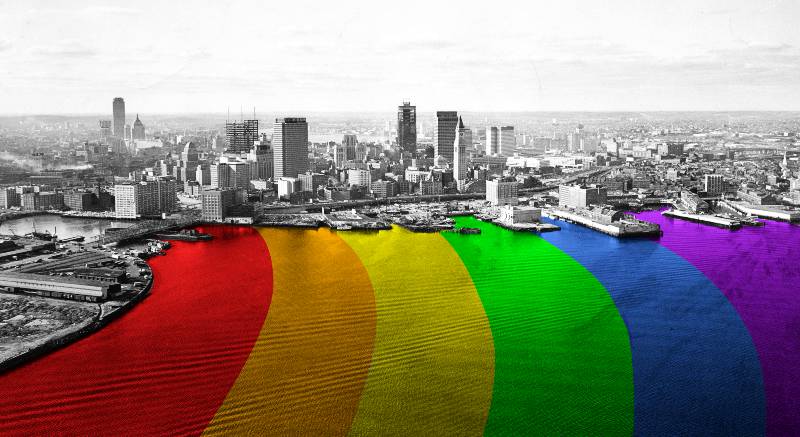 As the capital city of the first state in the U.S. to legalize same-sex marriage, Boston stands proud, accessible and welcoming.

One of the best ways to get your bearings of Boston is via a walking tour. There are a few to choose from but go with Boston By Foot, a non-profit organization that promotes awareness of the city’s architectural heritage and history. Even better, their “Boston’s LGBT Past” walk is a fascinating deep-dive into the city’s gay and lesbian culture from the 1840s-1980s. Those who prefer independent activities might stroll the Equality Trail, a self-guided walking tour of Boston’s first Gay Pride March back in 1971. Take your Boston sightseeing to the North End for a tantalizing three-hour food tour your senses won’t soon forget. This is Boston’s Little Italy, where scrumptious markets, bakeries, and trattorias punctuate the narrow, picturesque streets. Far removed from inauthentic tourist traps, you’ll discover the best mom-and-pop eateries while indulging in delicacies like marzipan, lobster tails, cheeses—and, of course, wine. With all those steps you’ve put in, you’ll have earned the indulgence.

Boston’s Museum of Fine Arts (MFA) isn’t exactly a well-kept secret, but our Boston travel guide would be remiss not to mention this expansive collection of world artefacts that collectively comprise the fifth largest museum in the United States. Try to spend at least a few hours, though know that will only brush the surface. Exhibits stretch from ancient Egypt to today; don’t miss the Korean art collection—it’s the largest outside Korea. Another clear example of Boston’s enduring legacy as the “Athens of America” is Boston’s Institute of Contemporary Art. The impressive glass-filled building overlooks the Harbor, a worthy enough reason to visit the museum alone. For something entirely unique, the Isabella Stewart Gardner Museum is a stunning “inside-out” Venetian-style palazzo and museum dating back to 1903. The exhibits draw from Gardner’s bohemian travels and passion for world cultures and include tapestries, sculptures, ceramics, and other global masterpieces. It’s a captivating glimpse into the life of Gardner, an eccentric millionaire who never lost her free-spirited enthusiasm for the world.

The Boston Gay Men’s Chorus (BGMC) is absurdly talented without ever taking itself too seriously; enjoying one of their world-class performances is a must for any gay Boston guide. Their repertoire spans the music spectrum, with everything from pop to show tunes to classics.

DBar is a creative New American restaurant by day—boisterous gay bar by night. The lounge and supper club has DJ sets or events most nights of the week; if you’re around on a Tuesday, be sure to hit up their beloved Show Tune evening. The gorgeous Trophy Room is a gay bistro and bar that, as the name suggests, gives a wink to gay sports fans. There are plenty of TVs screening your favorite game, but those not interested in the teams playing can enjoy boozy craft cocktails and fun drag brunches. The obvious inclusion on any Boston gay scene guide is Club Cafe, a mainstay on the gay nightlife scene since 1982. Come on the weekends with your best dance moves, ready to join the always vibrant crowd.

Of all Boston’s instagrammable areas, picturesque Acorn Street is perhaps the most popular. Located in Beacon Hill, the cobbled street is chock-a-block with 19th-century-row houses, gas lamps, and manicured window boxes. Yes, this is real life. Finally, let’s not allow our beloved Provincetown to slip from memory. Just 90 minutes from Boston, this alluring gay getaway offers over 40 gay guesthouses, two gay beaches, and a healthy smattering of gay bars and restaurants. It’s best if you have a weekend to escape to this tiny seaside town, but a day will do in a pinch.

If you’re planning on meeting hot guys this weekend around Boston, make sure to download our favorite gay dating apps like Gay Dating Solutions and My Gay Match.

Previous Post: Capital Pride bids for D.C. to host World Pride 2025 Next Post: The (Not So) Straight Facts About Houston