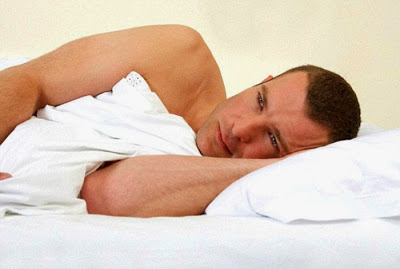 LGBTQ people have learned to be experts in hiding. We had to hide to survive, and ghosting is hiding.

We all have a ghosting story.

When someone suddenly disappears from your life with no warning or explanation, you have been ghosted.

Ghosting is on the rise. Several surveys now report that 80% of people in their 20s experience relationship ghosting. Within my psychotherapy practice focused on the LGBTQ community, we see a big increase in the number of clients bringing this issue to therapy.

Technology is driving the trend. We have become more accustomed to avoiding difficult conversations by hiding behind a screen. Apps and texts make it much easier to hide and lie.

It’s easy for us to get judgmental about people who ghost. After all, it is among the crueler things we can do to another person. But it’s a little harder to criticize when we realize we may also have ghosted someone.

Ghosting is avoidance driven by a fear of confrontation. We may tell ourselves that it is nicer not to tell someone that we don’t have chemistry. In reality, being ghosted hurts a lot more than the truth.

When you are ghosted you learn a lot about the person who ghosted you. They are revealing something about their attachment style.

Attachment theory is a big deal in psychology. Research shows that we have a built-in need to be attached to others. It’s actually a matter of life and death. Infants who are not attached to their caregivers die at an alarming rate, even when they are given plenty of food and medical care.

This is why it can be incredibly painful to be ghosted. When we are “dropped” by someone, it touches on the greatest human fear—our fear of losing people we depend on.

The person who ghosted you might be demonstrating what psychologists call an “anxious attachment style.” They feel safe enough to engage you at first but get anxious by the experience of closeness. This attachment style is often linked to unsafe experiences we’ve had with the first person we’ve loved—which for most of us are our parents and caregivers.

You have a very good reason to be furious at the person who ghosted you, but it can help to know that they are probably dealing with some significant personal wounds.

How is Ghosting Different in LGBTQ Relationships?

Being ghosted can be particularly devastating for LGBTQ people. Most of us have grown up believing that this intimate, beautiful, and vulnerable part of us—our sexual attraction—is considered gross and shame worthy. So when we take the risk to open up and let someone in, our deepest wound can be triggered. It can touch on that unconscious, vulnerable part of ourselves that still believes that LGBTQ people are unlovable.

And while there hasn’t been any research done on this topic, it’s possible that LGBTQ people may experience ghosting more often than straight people. LGBTQ people have learned to be experts in hiding. We had to hide to survive, and ghosting is hiding.

Holocaust survivor Eli Wiesel, renowned author of Night, once said that “the opposite of love is not hate, it’s indifference.”

This quote sums up why being ghosted is so painful.

Depending upon the severity of the experience, ghosting can take years to get over. Brain research shows us that the experience of rejection shows up in the same part of the brain as physical pain. The pain is real.

Ghosting is passive-aggressive. That means we experience it as a form of aggression. It is the ultimate silent treatment. It leaves you feeling powerless and gives you no chance to get information that would help you to emotionally process the experience. It silences you. And it is very hard to maintain our self-esteem when our feelings aren’t heard.

How to Deal With LGBTQ Ghosting

Here are a few tips that have helped my clients:

Don’t pursue someone who is ghosting you. Stop trying to contact them after you’ve tried twice. Remind yourself that if you ultimately reconnect with them it is quite likely they will abandon you again. Don’t waste time hoping that someone who has been unkind to you will become kind.

Stop yourself from obsessing about the question of “why?” We need to put our energy back into our relationship with ourselves, and with the people who treat us with respect. Focusing on the person who dropped you typically just feeds the obsession.

Avoid globalization. You may start to believe that every LGBTQ person on a dating app is bad. Or that all LGBTQ people are too wounded to love well. These are completely false beliefs.

Don’t ghost others. When we lose our empathy, we lose a piece of our soul. Ghosting people will make you feel empty.

Increase your self care. You are probably tired of articles written by therapists encouraging you to learn how to love and support yourself, but time and again, this proves to be the most fundamental aspect of a good life.

Acknowledge that you took a risk. Relationships involve vulnerability, so they are scary. Many people avoid them. But you are willing to take risks for what is important to you. Can you be proud of that?

The ending of relationships, no matter how they end, almost always involves pain. This comes with the territory of being a human being. We can’t prevent pain, but we can always learn more about how to transform pain into real growth.

Ghosting: Why LGBTQ People Do It & How to Deal With It – Real Gay dating Log in to Reply

[…] post Ghosting: Why LGBTQ People Do It & How to Deal With It appeared first on Gay Men […]