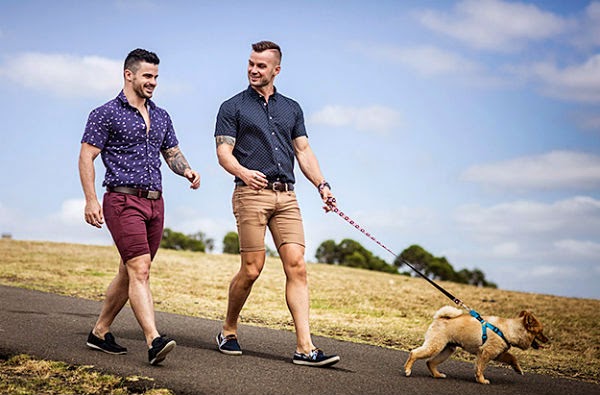 Once overrun with Spring Breakers and outshone by neighboring beach babe Miami, the tides are turning for Fort Lauderdale, a city fast becoming the go-to LGBTQ travel destination in the US, thanks to a recent upsurge of gay-owned businesses and vast gay-friendly annual events.

Over the past few decades, Fort Lauderdale has evolved massively to become the gay capital of Florida as well as one of the top LGBTQ destinations in the USA.

It’s no coincidence the city has the highest concentration of same-sex couple households in the country. Or that it receives 1.5 million LGBTQ+ travelers annually, corresponding to an estimated $1.5 billion in economic benefits.

With a vibrant collection of cultures and activities, Fort Lauderdale is the ultimate, inclusive LGBT+ destination where everyone comes together, under the warm embrace of the sun. You are welcome to fly your flag high, make an impact and radiate life – because you are you, and you are worth celebrating.

Being gay does not define which attraction most of us will want to see in each city, and generally, gay tourists will simply want to check out the top things to see in Fort Lauderdale during the day! In all fairness, the main attractions here are the beach, the gay resorts, and the nightlife, so if you don’t explore much, there is no need to feel bad. You’re on vacation after all!

With more than 30 gay guesthouses and 150 gay-owned establishments, including hotels, bars, clubs, and restaurants, as well as four gay and lesbian publications and the largest Metropolitan Community Church congregation in the US, it is pretty clear that the gay scene in Fort Lauderdale is well prepared to ensure you have a great time.

It would be hard to visit Fort Lauderdale and not spend some time at the beach; it’s kind of hard to miss. There’s a “gay” beach directly in front of the Ritz-Carlton, named Sebastian Beach, but really, anywhere you can find a good spot will be a great time. Beyond the beach, Fort Lauderdale has lots to offer, such as unique neighborhoods with boutique shopping and small cafes to explore. The NSU Museum of Art is an excellent way to spend a morning or afternoon. The museum’s 83,000 square-foot building contains 25,000 square feet of exhibition space, including a 256-seat auditorium, store, and café. But for something a bit unique and out of the ordinary, take a trip to the Everglades to Sawgrass Recreation Park. There you can experience the reptiles and exotic wildlife, as well as see a show from expert caretakers (ask for Gator Tim) of exotic animals. But the highlight here is taking an airboat tour, offered during the day and at sunset – the rides are both adventurous and different, and will make your trip to Fort Lauderdale as authentic as it can get.

Wilton Manors’  Stonewall Pride Parade and Festival is happening now, with a marketplace, floats and multiple concert stages. Pride Fort Lauderdale takes place over a week in October with parties, food festivals and special events, culminating in a two-day blowout weekend. OutShine GLBT Film Festival is South Florida’s premiere showcase for LGBTQ films, producing a large-scale festival in Miami in April and Fort Lauderdale in October. The Southern Comfort Transgender Conference, the largest of its kind in North America, welcomes people from across the transgender spectrum every September with authors’ lectures, vendors, entertainers and workshops.

So what are you waiting for? Plan your trip to Fort Lauderdale now! Make sure to download dating apps like Grindr, Scruff or Tinder if you’re planning on meeting hot Fort Lauderdale beach gays. Or try newer premier gay dating sites like Gay Dating Solutions and My Gay Match.

Previous Post: Gay Men at Midlife: Gay Dating Over the Age of 40 Next Post: Mature Gay Dating: Nobody’s Too Old to Date!