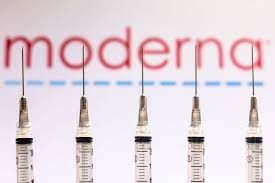 Can Moderna use its COVID-19 technology to end HIV?

Biotech company Moderna may begin human trials this week for two mRNA-based HIV vaccines, according to the National Institutes of Health’s clinical trial registry. The study, in the Phase I stage, would measure the safety of the vaccine and collect information on whether the potential vaccine has an impact on HIV.

The research would have to go to Phases II and III stages to collect the data on whether the vaccine is effective or not. The HIV vaccine candidates have been determined to be safe to test on humans.

Moderna is currently looking for 56 participants for the study between the ages of 18 and 50. The trial is set to begin on August 19, ending in 2023.

Moderna’s mRNA vaccine works by inserting mRNA strands into human cells. The mRNA provides a recipe for bits of protein that are also on the virus. The proteins are then targeted by the immune system. Immune cells can detect those proteins and attack them, destroying the virus.

Scientists hope that the mRNA strands can do the same with HIV. Moreover, a possible mRNA vaccine could also help beat HIV variants.

“The mRNA platform makes it easy to develop vaccines against variants because it just requires an update to the coding sequences in the mRNA that code for the variant,” Dr. Rajesh Gandhi, an infectious diseases physician at Massachusetts General Hospital and chair of the HIV Medicine Association, told Verywell.

The difficulty in creating an HIV vaccine in the past has been its quick integration — usually a matter of days — into the human genome, according to PopSci. Because of that, it would take a significant amount of antibodies during transmission to prevent HIV from spreading.

The outlet reported that another mRNA experiment did show immune response in 97 percent of study participants. However, not enough response occurred to fight off HIV.

“Based on its success in protecting against COVID-19, I am hopeful that mRNA technology will revolutionize our ability to develop vaccines against other pathogens, like HIV and influenza,” Gandhi said.

Moderna has partnered with The University of Texas at San Antonio, George Washington University, Fred Hutchinson Cancer Research Center, and Emory University for the study.