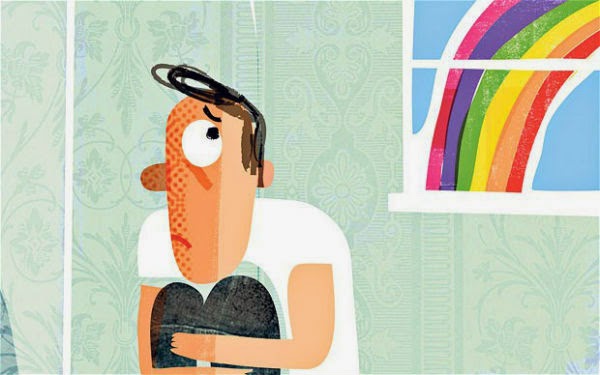 North Dakota has found a way to largely ban conversion therapy without going through the full legislature.

Because most mental health professionals in the state are licensed social workers, this effectively prevents conversion therapy from being performed on people of any age, not just minors. Twenty states and numerous cities and counties have passed legislation to bar licensed professionals from subjecting people under age 18 to the practice, which every major health group in the nation considers ineffective and harmful; it is associated with a heightened risk of depression and suicide. But going through the rules committee took much less time than passing a bill in the legislature would.

Like those laws, the North Dakota rule doesn’t apply to clergy members and church counselors, who are not state-licensed. “This is within the scope of this organization, and it only applies to this organization. If the members of this committee want to send their kids to their ministers to pray the gay away, they are still welcome to do that. It has nothing to do with social work,” Sen. Nicole Poolman, a member of the committee, said as the rule was being debated, according to the Grand Forks Herald. “It has been proven how damaging that type of conversion therapy has been, and they just want to ensure that their members understand that it’s unethical.”

Poolman, in supporting the rule, took a different position from some of her fellow Republicans, who contended the ban would keep therapists from following their religious principles. One of them, Rep. Kim Koppelman, said the rule was one-sided because it didn’t bar social workers from advising straight or cisgender clients to become LGBTQ+. Bianca Bell, the social worker who chairs the board, said no one is doing that.

Bell said she also didn’t know if any licensed social worker in the state is practicing conversion therapy, but she wanted to see the rule adopted as a preventive measure. She added that the rule will not keep anyone feeling confused about their sexual orientation or gender identity from seeking care for that.

Democratic Rep. Joshua Boschee, a member of the committee and the state’s only out gay legislator, expressed disappointment that some of his colleagues supported conversion therapy, but he was pleased the rule was ultimately approved.

“Thank you to the North Dakota Board of Social Work Examiners for restricting licensed social workers in North Dakota from being able to practice conversion therapy! LGBT North Dakotans, especially youth, are safer now as you hold licensees responsible to the NASW Code of Ethics,” Boschee, who is House minority leader, said in a press release from the Trevor Project, which assists at-risk LGBTQ+ young people.

The Trevor Project has been working with Boschee, the National Association of Social Workers North Dakota Chapter, the North Dakota Human Rights Coalition, and local advocates for two years to enact a conversion therapy ban.

“This rule change will stop the vast majority of mental health providers in North Dakota from subjecting LGBTQ youth to the dangerous and discredited practice of conversion therapy. This practice is not therapy at all — it’s abusive and fraudulent,” Troy Stevenson, senior advocacy campaign manager for the Trevor Project, said in the release. “There is still more work to be done in North Dakota, but this bold action will help save young lives. The Trevor Project is committed to an every state strategy to protect LGBTQ youth from conversion therapy, and North Dakota has proven that progress is possible anywhere.”

Previous Post: Gay Mormon Comes Out to His Dad & It Goes Way Better Than Expected Next Post: Gay Dating 101: Are There Any Good Dating Websites for Young Gays?