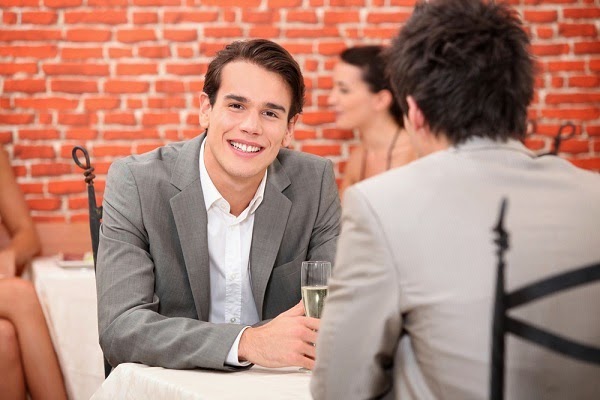 One of the most common complaints I receive from single gay men about the dating scene is their frustration and pain of wearing “the battle scars” of mistreatment at the hands of other men they’ve met for potential friendship and dating. “Why doesn’t he call me back when he says he will?” “Why did he say he was interested and then I find him online cruising for other guys?” “I found out Mr. Wonderful was married!” “These guys are so rude and crass in those Internet chatrooms!”  These are just a few of the many scenarios described by many singles who report feeling jaded by the actions of their fellow gay brothers who have slighted them or made them feel “less than” as they navigate their way through the dating jungle.
It is a curious thing to ponder how a disenfranchised group like gay men, who have historically suffered discrimination from a homophobic culture, could treat each other with such disdain and cruelty when we are all essentially in the same boat trying to find love, happiness, and a place we can call our own in this world. But it doesn’t have to be this way! We don’t have to project and mirror the same homophobia we’ve been programmed with at each other as weapons. Pooling together as a group with a collective empathy to provide support and understanding for what it’s like to be a gay man and single in the millennium can go a long way toward improving the social climate and self-esteem of our community and the men that comprise it.
There are many possible reasons why we treat other with the degree of misconduct that we do in the dating world. Some men are acting-out internalized homophobia. Others do so purely out of bad manners and poor social skills. But more often than not, many men are afraid to be direct and honest out of fear of hurting the other person’s feeling; they therefore take “the easy way out” by disappearing off the face of the earth or ignoring a dating prospect who they don’t particularly have an interest in pursuing further. While perhaps well-intentioned, this only serves to hurt the recipient more and this type of immaturity can backfire and begin to develop a negative reputation and image of the man doing the “ditching.”
We cannot change other people; we only have responsibility over our own thoughts, feelings, and actions. Therefore, we each as individuals can begin taking stock of our own personal values and ethics to determine if we are carrying ourselves in alignment with who we want to be. If there is a discrepancy between who we are and who we want to become, this is where we then want to channel our energies toward evolving into that man of integrity who treats himself and others with dignity and respect.

Tips for Becoming a Dating Man of Integrity

Homework Task:
Sit back, relax, and conduct a values clarification visualization in your mind of what you picture as being a man of integrity. What does he say and do that strikes you as admirable and well-mannered? Write down all the qualities and characteristics that describe this ideal man in his presentation, style, and demeanor from an individual and social standpoint. Then identify those qualities that resonate with who you are now versus those traits that you’d like to aspire to become. Develop goals for yourself to begin working on building and integrating those qualities into your identity as a starting-point for your personal evolution into the ultimate man of depth and substance you’d like to become. Remember that high self-esteem results when we behave in accordance with our values and personal ethics.

If we all as gay men developed the mindset of living with integrity and becoming more socially conscious of the effects our behavior has on others, the dating world might perhaps feel a little less dangerous and more of a welcome and safe environment to get to know other men. One man at a time can generate this movement. In closing, here is a quote from therapist and book author Joe Kort that I just love that speaks directly to the message of this article. Use this gem as an affirmation to take personal inventory and responsibility for who you are and want to be as a gay man.
Have you found the right one, or are you still searching?

Previous Post: 3 Ways to Find Out You are Dating the Right Guy Next Post: Gay Men, Ageism and Aging Well: Finding Your Purpose