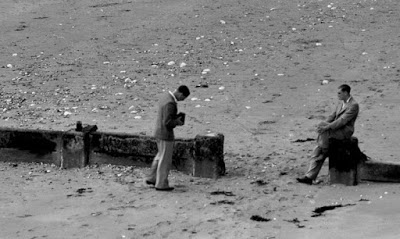 Original article from ATTITUDE MAGAZINE.
From improved medical care for trans people, to Lloyds Bank featuring a gay marriage proposal in a recent ad campaign, for the most part, I think life as an LGBT+ Brit is the best it’s ever been.
I write this as a bi woman who has just published a history of getting it on, The Curious History of Dating: from Jane Austen to Tinder. The book may brim with straight courtship rituals, but what it also uncovers is a parallel narrative of LGBT+ dating habits that celebrates our humanity. So what if our gay ancestors didn’t populate their world? I believe they’ve done a lot for everyone’s right to love.
We imagine that when the laws were stacked against us, only the elite found ways to indulge ‘forbidden’ desire. But that’s not strictly true. As long as there’s been mass literacy, there have been affordable ways to find someone on your sexual wavelength. Lord Byron got his gay game on in Greece, and Londoners could attend secret drag balls from the 1850s, but ordinary Victorians in the sticks used discreet, carefully-worded and circulated magazines and personal ads to evade prosecution under the Criminal Amendment Act which punished gay sex with a jail sentence.
Then in the ’30s, the pen pal columns of Hollywood fan magazines were used by gay men and women looking for like-minded ‘pals’ to mutually fawn over icons such as Bette Davis or Lana Turner. 1937 saw the publication of For Your Convenience – the ultimate guide to cruising London’s toilets. Credit to the wit that dared to take the proverbial piss with that title – and to the men who defiantly bought it. Years later, it would take a Tory cabinet minister to hold the government enquiry that began the process of decriminalising homosexuality. Jack Wolfenden was the man in charge. The fact his son was gay might have inspired his empathy, but that enquiry was about more than gay rights. It did something really monumental for everyone – it established that, whatever the consensual, adult sexual encounter, the State wasn’t invited. Of course, it would sometimes forget that years later – for example, with Operation Spanner, when a group of gay men were arrested for their participation in a private BDSM party. But by and large, that watershed has held tight. And straight people have LGBT+ bravery to thank for it.
When you’re marginalised, you may think that you are invisible, that your actions are too minuscule to be noticed – but, in numbers, they aren’t, and history proves it. Every little head above the parapet is soon added to every other. Soon, you have enough tiny acts of many Davids to take on the governmental Goliath. When lots of LGBT+ individuals dare to ask for dignity, change starts to happen.
And even when you start off invisible, you can step into the light. Take the story about Queen Victoria refusing to acknowledge the existence of lesbians, for example. The reality is that the Queen’s advisers simply couldn’t figure out how to bring up the issue of women loving women, so they didn’t. But in the meantime, gay women met in secret clubs up and down the country and wrote letters to one another. During the First World War, finally free of chaperones and a shed-load of men at war, they seized the opportunity to work, travel, and fall in love and lust at will.
By 1923, the behaviour of these women was so visible that the powers that be had to debate their ‘legality’. Outrageously, lesbians remained off the statute books because the House of Lords feared giving other women ‘the wrong idea’ by criminalising them. But writers such as Radclyffe Hall published fiction about girl on girl love and the way forward was paved.
It’s actually pretty straightforward to plot out the trajectory of increased legal rights, greater visibility and decreasing violence and discrimination towards LGBT+ people. But the history of the love that dare not speak its name has something even more uplifting to teach everyone. Namely, that the courage, tolerance, passion and playfulness we’ve had to cultivate along the way are characteristics that benefit every loving human being. And that’s something everyone can celebrate.
Words by Nichi Hodgson
Read more at: ATTITUDE MAGAZINE
Have you found the right one, or are you still searching?

Previous Post: 10 Effective Tips to Stop Constant Fighting in a Relationship Next Post: This heartwarming gay army prom photo that has gone viral will brighten your day