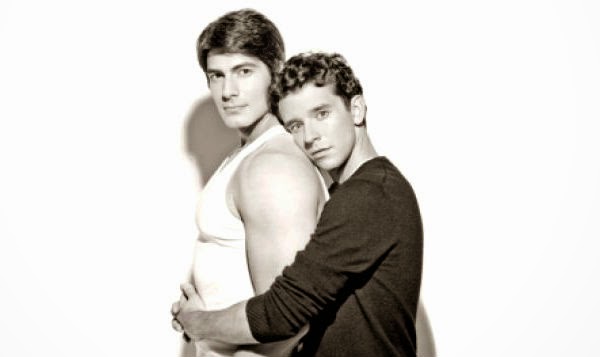 I’ve reached a point in my life where I know what works and what doesn’t in a relationship. The answer: nothing. There is absolutely no prescribed fix for any given situation in terms of relationships. But to borrow from an old saying, I’ve learned from my mistakes – and his – and would offer these tidbits of advice for making your relationship last.

In moments of frustration, it’s easy to become selfish and only think about how you feel – but in relationships, how you feel no longer matters. It’s all about him. All. Everything. What’s yours is his, and what’s his is his. For heterosexuals, the saying is “a happy wife makes for a happy life.” In our world, a happy boyfriend makes for…a lot of work for you.

There’s nothing worse than a man who’s willing to be walked over to avoid a conflict, especially if it’s an issue he feels strongly about. What’s worse, though, is that you will become that man. Your frustrations will be deemed “silly,” “childish,” and “what the f*ck is wrong with you?” Whatever he’s upset about, however, will be priority No. 1 – surpassing the fiscal cliff, debt ceiling, and Katy Perry’s set list for the Super Bowl halftime show. You may disagree with him, but it’s only because you don’t see it from his eyes (see rule No. 1). Trust me.

3) Your calls/texts/emails, etc., will all be monitored for quality assurance purposes.

You might as well remove your passcode from your phone, because chances are he knows it already. Be prepared for questions like, “Who is ‘Daddy’?” And don’t even think about answering “my father,” because that would make way too much sense. Your every like, re-tweet and mention will be scrutinized to the fullest, and he will find something – whether it’s there or not. Deleting your social media channels is also futile because you’ll probably end up fighting about what you were trying so hard to hide that you had to delete your stuff in the first place (see rule No. 2), leading you to beg and plead for forgiveness for something you likely never did (see rule No. 1). Is this sinking in yet?

This is probably the only rule that will genuinely benefit the both of you. It’s your chance to remind him that you are in control of this. That is, unless you’re sleepy. Or sick. Or in the hospital. Regardless of how you feel, if he wants it – give it to him. Whether you have to straddle him and ride him senseless while trying not to sneeze on his face, or you have to turn his back into Jello while fighting off that impending cramp in your calf, do what you have to do. And make it count. He’ll thank you…someday.

Chances are you’re as big of a pain in the ass to him as he is to you, so learn to live with his flaws. He lives with your snoring, terrible morning breath and borderline alcoholism, right? Knowing that, I’m sure you can deal with his tiny, tiny issues. And let’s be honest here: can you do better?
Obviously, this “advice” is terrible and not meant to be taken seriously. It is, however, intended to help you see that we’re all human and we all have our own issues and insecurities. But every relationship is different, and it’s up to you and yours to decide what works (and what doesn’t) to keep it going.

What are some suggestions you have for maintaining a relationship? Share your tips below!

Previous Post: The Most Essential Rule For Online Dating Next Post: A Survival Guide to Gay Dating