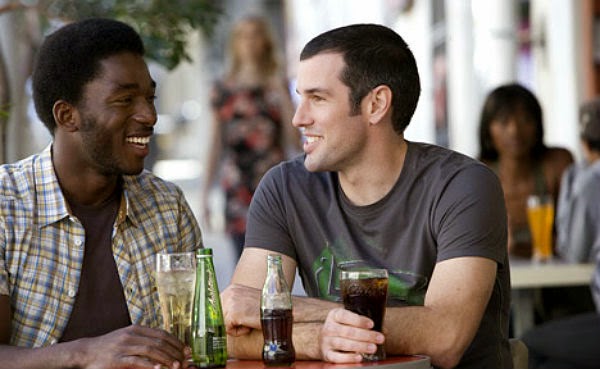 Dating is exhausting. We all know it. Luckily, there has been a surge of dating sites and apps offering more opportunities and options than ever for the LGBTQ+ community.

If you’ve been relying on Grindr and Tinder as your sole gay dating platform, I’ve got news for you. There is an entire world of gay dating apps and sites out there that can help you find successful dates and real meaningful relationships.

So, if you’re looking for your one true love, take a look at our list below. We’ve compiled a selection of the best gay dating sites for finding long term relationships and romance.

Unlike many gay dating apps which show you a grid of the guys nearest to you, Surge is more like Tinder, allowing users to swipe through profiles until they land on one they like. The “swipe right” / “swipe left” / “it’s a match” functionality are exactly the same, so if nothing else, you won’t have to waste any time figuring out how the app works once you’ve downloaded it.

While some gay dating apps are very much about sex, sex, and nothing but the sex… there are other great options for gay men and queer people looking for real, lasting love like Gay Dating Solutions.

Gay Dating Solutions will match you beyond just interests and looks with their patented personality test. It helps you see past what you want to help you find who you really need. Download the Gay Dating Solutions app now a claim your 6 month, no commitment, membership offer.

Adam4Adam – a long-standing American dating website, predominantly used in the US and yet also sponsoring posts among the European thots – has now moved into the app game as well. Adam4Adam has somewhat garnered a reputation as a place where untoward types would find closeted gay servicemen and public figures and out them. This isn’t the site’s fault, but institutional homophobia’s, but it’s worth mentioning. The site is free and also offers live cams, pornography and a sex shop.

In many countries where LGBTQ+ individuals are still persecuted, like Chechnya, the most widely used and well-known gay dating apps like Grindr have been banned. Hornet, which looks and works a lot more like a social networking platform than a dating app, provides a safer alternative for queer men in some locations (although it too has been prohibited in places like the United Arab Emirates).

eHarmony is great for gay singles looking for serious relationships. This site launched in 2000, designed for straight Christians. But over the years, this site has become more inclusive and now accepts the LGBTQ+ community. However, to get all the features unlocked, you’ll need to invest money by paying a monthly subscription.

Designed with a unique, game-esque cartoony UI, this app is an interesting way to peruse the local LGBTQ+ scene to find mister, missus, or mx right!

Profiles on Zoosk can be verified by sending in videos to the customer service team, so you can eliminate the possibility of scammers and bots, which is nice. However, the platform makes frequent use of microtransactions designed to slowly bleed your coin purse dry.

My Gay Match is a new gay dating site that focuses on matching gay men not only on demographic information but a unique personality measure developed by a psychologist. All members are personally confirmed and carefully screened by their staff to prove that they are real. If you’re looking to find a warm and meaningful connection with interesting and caring singles ages 18-39 this is the site for you. The gay dating website is currently offering a free 30-day trial.

Online dating experiences can be tricky. It can be hard to truly get to know someone over your phone, and there’s always the chance that you could be catfished. Still, it’s entirely possible to find love on a dating app. You just have to take a leap of faith, set up a dating profile, and trust the process. Keep in mind – if you plan to meet in person, do so in a public place in case something goes wrong. A local coffee shop or crowded restaurant are both good options.