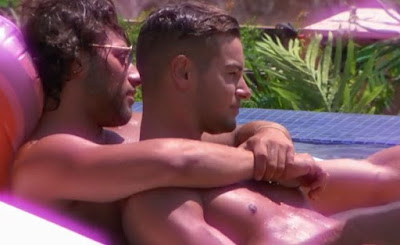 Masculinity has come a long way

There’s been a major cultural shift in the idea of masculinity over the past few years.
Men used to fear the idea of being labelled gay, but with huge steps made toward an equal society, nowadays “bromances” have become the norm for heterosexual guys.
In fact, a new study has found that so-called “bromances” are actually more healthy and “judgement” free than actual romances.
28 out of 30 men asked told researchers that they were happier doing things like talking about in-depth emotional topics and drinking at a bar with their male friend, than their girlfriend.
“The key thing that we found was that bromances were somewhat more flexible and judgement-free relationships comparable to romances,” said Adam White of Winchester University.
“The guys that we spoke to were clear that the only differences, other than sex, were that bromances were less judgemental, easier to resolve problems or arguments, and much more emotionally open, than romances.
“These guys found it easier to talk to their bromances as there was less judgement and regulation in their bromantic relationships.
“They didn’t feel like there was a standard to be kept or adhered to,” he added.
Read more at: Attitude Magazine.
Have you found the right one, or are you still searching?

Previous Post: What Happened When I Reported Workplace Sexual Harassment Is Why People Choose To Stay Silent Next Post: Georgia Lawmaker Wants to Quarantine People with HIV