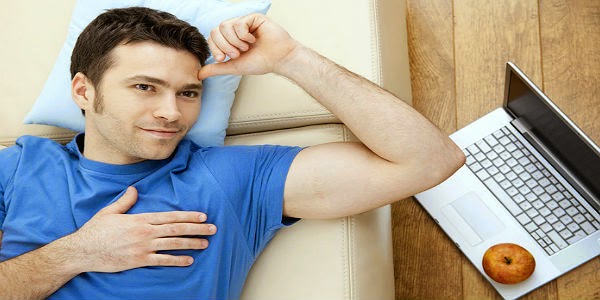 I’m like you and you’re like me – we all want to love, but most importantly we want to be loved in return. This is the secret to living a long and successful life, yet we’ve failed to put two and two together when it comes to choosing a compatible mate.
I’m just as guilty as any other gay man; yes, I’ve judged potential boyfriends on how many hours they put in the gym, yes, I’ve chosen the bad boys over good decent men, yes, I’ve allowed my ideal standard of beauty to affect my logic on how I enter the dating scene. But trust me when I say everything we’ve ever thought about men and dating is a total lie.
Chasing a fantasy is the biggest scam anyone’s ever been a part of. Gay men especially turn it into more than just a fairy tale, but an episode of Baywatch. We don’t just want a man to sweep us off our feet; we also want him to look like a supermodel. We don’t just want a man to be the center of our world; we also want him to be rich and socially valuable. We don’t just want a nice guy to be romantic and give us breakfast in bed on our birthdays; we also want him to be an expert at giving a blowjob. Fantasies, though fun, will ultimately create disillusioned expectations.
The gay community thrives on fantasy. It’s how we live our lives. Countless of gay men fantasize of having a sexy husband, adopting a child (most likely from another country), set up a nice house and garden, attend LGBT rallies with their kids at hand, and become PTA dads at school just like we “think” all the other gay couples do. This is a cliché image we all strive to achieve, but we fail to see what lies behind it. We see celebrity couples like Neil and David, Matt Bomer and Simon Halls, or Elton and David, and we fantasize that one day we’ll have a life similar to theirs – kids, career, house and all. But let’s not jump the gun here…
It’s impossible for you to find happiness when you’re emulating someone else’s life. We all have our own trajectory, a journey, which is totally unique to our personal experience. Trying to set goals parallel to someone else’s is foolish because you’re never going to be in their shoes. The only feet you’re privileged to walk on are your own, and they’re a damn good set if I say so myself.
Love is complicated – I didn’t have to tell you that. It enters when you least expect it; and when it does, it blinds you from seeing nearly all logic. The rules have changed. The new man in our life slowly becomes the center of it. The fantasy seems more and more realistic as time moves on, ultimately shaping the things we say and do. It’s the passion that fuels a relationship – sex, tension, and adrenaline. Rarely do we ever stop and think if he’s actually a compatible partner, and why should we? If it feels good in the moment, there’s no reason why it needs to stop.
But if there’s one common thread all long lasting relationship share, it’s the understanding of yin and yang. They don’t complete each other necessarily, but together they balance each others destinies. No one can depend on pure passion to create a life together. A relationship requires compatibility, understanding, reliability, a shoulder to cry on, a trusting hand, a willingness to say “We’re in this together.” You’re a team, not a temporary dance partner. Together you help each other achieve goals, and together you work to embrace each others dreams. It’s not about an artificial fantasy. We all must find someone that isn’t made from cardboard, but rather flesh, bone, and mind – a real prince.
There’s so much more to love than a feeling. We all have experienced love, the emotion, but love, the practice, is a whole other thing. It’s a decision, a conscious effort to work together as a unit to be monogamous, loyal, honorable, and decent. This is what we really want. The fantasy is merely a pathway to get there, but sadly it often becomes the motive.
Finding a fantasy is easy. Finding a partner is like finding a diamond in the rough. It takes a special kind of man to say, “I choose you.” Relying on make-believe and artificiality to create a boyfriend prototype will land you back to square one. Happily ever after is all good and fun, but instead of depending on the word “happily” perhaps we should focus more on the “ever after” part. A relationship is only as good as its partnership. Happiness lasts as long as you make it, but happiness is also a result of balance. Without that, you can kiss that dream of yours bye-bye.
Have you found the right one, or are you still searching?

Previous Post: Advice: Having an Affair with a Married Man Next Post: Running Your Own Relationship Pow-Wow